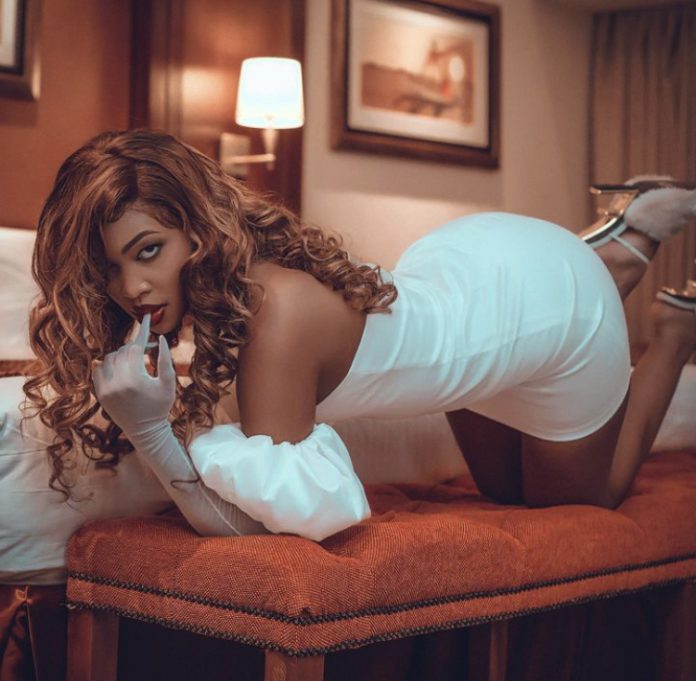 Sheilah Gashumba, a media personality and socialite working at Next Media for NBS TV as a presenter at the ‘After 5’ show and a daughter to political analyst Frank Gashumba’s shockingly opened up of how she was trailed by four boda boda cyclists in what she thinks is an attack on her life over political affairs which she least have any interest in whatsoever.

Sheilah revealed all this in a couple of tweets she posted out on Sunday morning which has left almost everyone perturbed and others advising her to get highly precautionary.

She also revealed that the threats that have been sent her way via her social media accounts were then accompanied by a physical alternation on Saturday night as she was going back home after her night gig.

The ‘Lil stunner’ said that she saw four boda boda riders with passengers wearing helmets perusing her car along Jinja road but her driver was quick and reactionary enough to lose them as he made a diversion.

“I’m not into politics! The past few days people have been sending threats under my social media accounts in relation to politics,” Sheilah Gashumba tweeted.

“Today 4 boda riders with passengers with helmets followed my car from my gig til jinja road until my driver made a diversion! Are you trying to k*ll me?”

Over the past 10 years many prominent Ugandans have been killed by assassins riding on boda bodas, with one of the victims being former Uganda Police Spokesperson, Assistant Inspector General of Police (AIGP) Andrew Felix Kaweesi, who was shot dead in 2017 near his home in Kulambiro.

Other figures include politicians, Muslim clerics, security officers, judicial officers among others and the reasons behind these killings up to date remain scanty.

“All I do is mind my own business, work hard and enjoy my life! Threatening my life over scandals I don’t know is ridiculous,” she wrote.

Jakana advocated for the repatriation of all Banyarwanda back to their country of origin saying that they were not Ugandans and were not a tribe and thus they were in Uganda illegally.

He also said that the Banyarwanda had come to Uganda as refugees from Rwanda but since the wars in Rwanda ended, it was high time they returned to Rwanda and leave Uganda for Ugandans.

These deep words triggered anger in Frank Gashumba and all Banywaranda communities in Uganda not sparing Gashumba who claimed that Mr. Jakana was promoting sectarianism and a purge toward Ugandans of Rwanda origin.

Jakana later landed in trouble and was arrested for promoting sectarianism and words that could lead to genocide. He was however released on bail and has now died shortly after that.

Jakana who contested for Nakaseke central MP seat in the 2021 elections and lost was on September 21, 2022 released on bail, days after he was picked by a drone and later charged in court for allegedly promoting sectarianism.
The controversial political commentator was in March this year involved in a road crash and had been moving with the support of crutches.
Family sources also revealed that while he could talk and walk supported by crutches, his health was not good. He had been staying at his father’s home located at Lusenke Village in Wobulenzi Town Council, Luweero District since his release from prison.

Could Sheilah Gashumba be targeted because of his father`s come-up against with now the late Jakana? Maybe, maybe not but you can try to read between the lines.