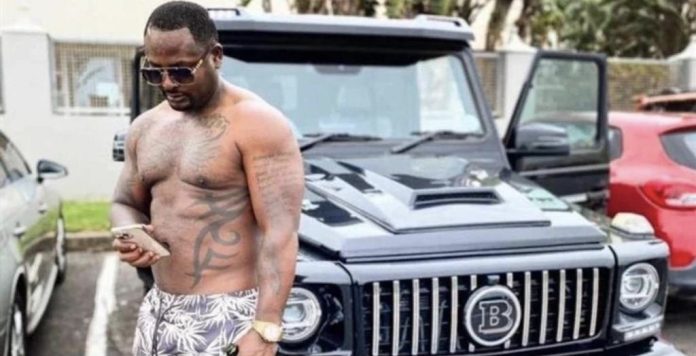 Ugandan socialite and influencer Amon ‘Amoleno’ Namara is sweating behind bars in South Africa after he was arrested by undercover police in a busy Sandton street.

Namara’s arrest comes after he swindled at least three women thousands of Rands. He was paraded in court on Friday and remanded until March 4 for bail hearing. Namara, who was posting as a wealth oil and gas businessman, would find women on Tinder, charm them and then ask them for huge sums of money. In August 2020, it is reported that Namara scammed a 38 year old Johannesburg female executive of R128 000 after she met him on Tinder soon after shevhad broken up with her husband.

Namara was eventually exposed by a woman that he had met at a popular restaurant in March 2020. She said after three months of meeting him, he told her he wanted them to go on holiday and asked her for R16 000 for the booking.
On the day they were supposed to fly out, he made her wait at the airport and did not show up. Most Ugandan socialites in South Africa are said to be involved in such businesses and have swindled losts of money from their clients.