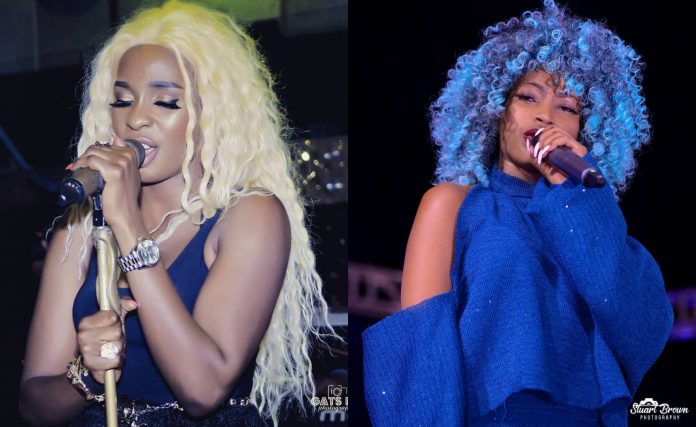 For the longest time now, Cinderella Sanyu a.k.a Cindy has not had any kind words for Queen Karma, Sheebah Karungi as they have always looked daggers at each other and have been jumping onto each other’s throats every single chance they get. The pair has not been in good terms since 2019. In a rather exciting turn of events upon learning about Sheebah’s exit from TNS- Team No Sleep, the Uganda Musicians Association President celebrated her move claiming that she needs to be independent.

” Good for her, In this industry, one needs to be independent. It will be good for her.” Cindy said.

The Cold war between Cindy and Sheebah saw the two trading insults to each other for months through social and mainstream media. An example is when Cindy said that she was not ready for a proposed music battle with Queen Karma. She ranted that Sheebah was a plastic and CD artist who could not sing live. She cited being controlled by a label as another problem Sheebah faced.

“Most artistes are only dummies. They don’t write their own songs and they are only under labels, being told what to do because they are funded.” She said at that time.

WATCH VIDEO: Cindy confirms that Sheebah is a Dummy on Record Radio, 2019