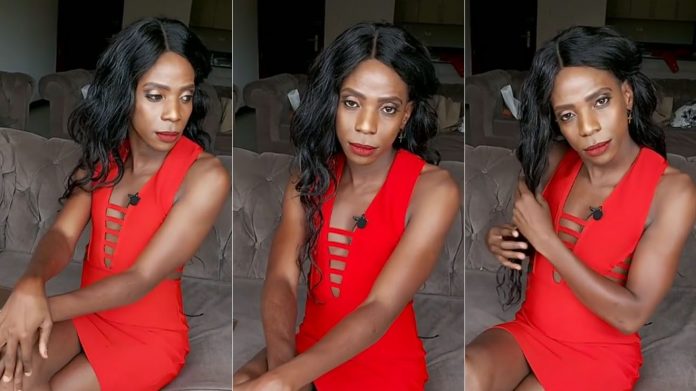 Self-proclaimed president of comedy Eric Omondi has had his fair share of controversy, with some appearing to be simply clout chasing. The celebrated comedian, who rose to fame from Churchill show, is infamous for saying one thing only to disclose that it was a lie. So here are some of the instances where the comedian has been accused of clout chasing.

1. Buying a house in Karen – The content creator last year revealed that he had moved into a new house in Karen, which he declared the official residence of the president of comedy in Africa. He claimed the mansion cost around Sh141 million, and went ahead to flaunt the property’s title deed to the ‘doubting’ Thomas.

However, he would later come around and say that the house does not belong to him and that he had lied so as to win an audience. “It is obvious that the house in Karen is not mine. That’s what Eric Omondi does,” he said, admitting that he only hired the house for his YouTube show.

2. Miss P is pregnant with his child – In yet another stunt, the artiste posted a photo of himself with a pregnant Miss Picasah, with a promise to take every responsibility. The move did not go down well with his baby mama Jackie Maribe who called him out for being a dead beat dad.

The turnaround of events would ‘entertain’ fans with the two airing their dirty linen in public. The comedian claimed the former Citizen TV journalist refused to take a paternity test for their kid and that she only told him about the baby when he was already two months old. It would soon come to light that Eric used a ‘pregnant’ Miss P so as to sell her song Baby Shower.

3. Jimmy Wanjigi gifts him a new car – The content creator once “received” a Chrysler Crossfire from the businessman as a token of appreciation for spreading word about Wanjigi’s candidacy. However, it was later revealed that the car belonged to politician Steve Mbogo and the comedian had taken possession of it on a short term basis with the aim of drawing attention at his lobby for Wanjigi.

On another occassion, while disclosing that he bought a Sh12 million Range Rover, Eric failed to mention the car gifted to him by Wanjigi. He said that his first car was a Toyota Allion, the second a Nissan Bluebird, the third a Mercedes Benz before getting the Range Rover and now the new Range Rover Vogue.

4. Claims of impregnating Shakilla – Still chasing more clout, Eric at one time claimed that he had impregnated the then 19-year-old with the latter posting a medical report to prove that indeed she was pregnant. Storming in the supposedly ‘wedding’ between Eric and Carol Kamweru of Bandbeca, Shakilla said her unborn child would not allow the wedding to be officiated. Later, Shakilla confessed that she faked the pregnancy.

5. Creating content while crossdressing – Recently, while giving insights on his Divalicious show, where he dresses up as a woman, Eric said that he is not gay but he is only entertaining his fans. This was after some of his fans questioned his sexuality. He explained that his stunts mainly target woman. For all the criticism he got, the comedian said Divalicious had just arrived and people should get ready for more till December.