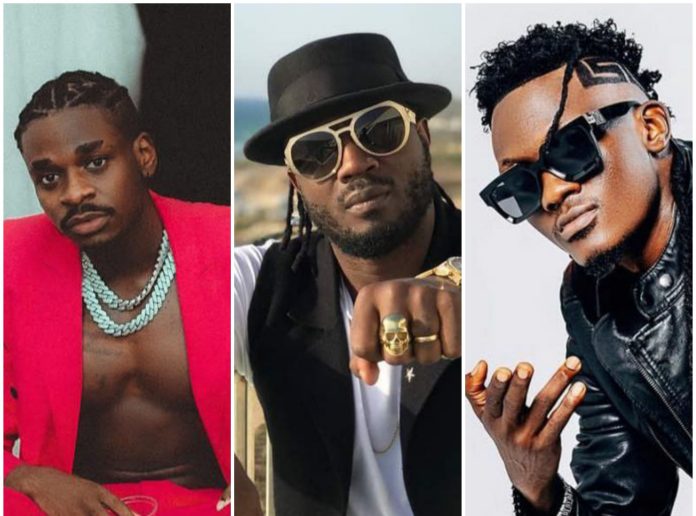 Just like the past years, Bebecool Banton once again shook the music industry on Day 1 of 2023 by releasing his controversial End of Year music List.

Like it or not, the self proclaimed Big-Size knows how to get all other artistes in some sort of trouble with him but above it all – with themselves.

Since its release, there has been a few checks and balance onto the list with some people praising its authenticity and a section trashing it down the bin saying it bent towards his personal interests rather than the reality.

Notable among the many checks is – His trying soo hard to please almost everyone by putting many songs and artistes onto the list. Unlike the past years where his list didn’t exceed 10 slots, this time round it went till 13.

A one social media user noted that Bebecool, didn’t want his list to loose credibility and chose to almost include everyone. However in the same regard, while at it – he still left out some artistes who many think would have been given a better position on the listing.

“David Lutalo, Gravity Omutujju and Ronald Alimpa deserved a position on the main list rather than placing them in the One hit wonders who he only said where worthy a mention. This is because although they had single hits, they carried more weight more than some of the songs he listed on his main list that didn’t stand taste of time and other released just months or weeks away” – a music analyst who preferred anonymity told this platform.

“He however scored by placing rightful people on the list like Grenade and Mudra among others. He however also compromised on some people, like Rickman Manrick – although he had good songs, they didn’t deserve a slot on the list given the fact that some bigger songs didn’t appear! Makes me think Bebecool wanted to please his friend Sheila Gashumba, a boyfriend to Rickman who would later post the Bebecool List, further giving it more mileage, given her huge social media numbers” he added! 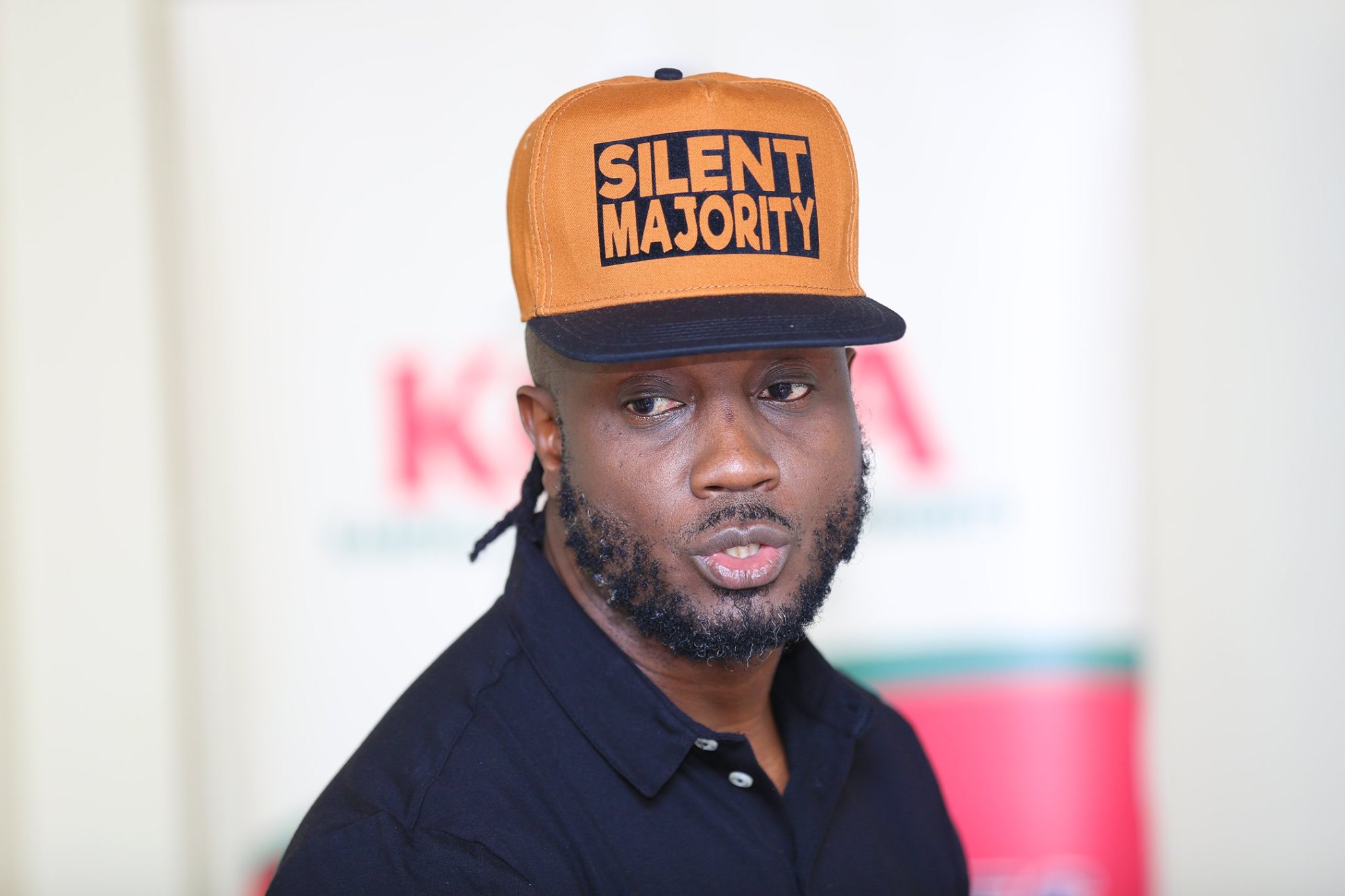 Additionally, although Bebecool noted that his list was not in any particular order, it is better that moving forward, he puts it in an ascending order with a song and an artiste with the biggest musical power on top simply because, the un-orderly list continues to cause a rift amongst artistes fans.

A reply to the list hashtag on Twitter had a user who said that although the list wasn’t in order – it looked loose for Ykee Benda to appear before Eddy Kenzo, who surely did far better than him musically! In the same vein, placing Chameleone’s “forever“- who he urguably gave the most musical strength all year long appear way below on the list than other songs with less power an longevity, it doesn’t add up well.

Last but not least, Bebecool is credited for trying to explain his choices in the list through a write up and justifications he offers under every mention, however – his team needs to rectify the small grammatical errors that arise – aswell as getting artiste names and song titles wrong.

On this list, Bobiwine’s name was written as Bob Wine, Kataleya as Kateleya, Rickman as Rickyman among many others.

Notable to note on the list too is, Bebecool’s choosing to stay true to himself and excluding himself. Additionaly, the list has continued to be a major hit in the music business with lots of talkability, many people awaiting its release, Media houses giving it top notch coverage among other top highlights.

Ladies and gentlemen, as is the norm every end of year, here’s the list of musicians who’ve done better musically in 2022 than the others.

Absolutely impressive with proven management of Jeff Kiwa, Grenade returns on Bebe Cool list with three songs that have performed extremely well on all air waves and online. Credit goes to him for the hard work based on his background. Uganda now surely has an artist in him and he can be considered the best artist 2022.

With good management, and for the second year in row, Mudra maintains his status and delivers once again. Infact, better than the previous year. I can surely say he is the most trending artist for 2022. Nearly every DJ has played 2or 3 of his songs either on radio or club and surely Balo Balo competes for Song of the year.

For the second consecutive year, with Swangz Avenue the most organized artist management company in Uganda, Azawi maintains her position as the best female artist with three massive hit songs throughout the year.
Ofcourse not forgetting her successful maiden concert.

Boy so tender is on Bebe Cool list 2022 courtesy of collaborations featuring Fik Fameica & Chembaz. And I can say that these songs are big hits. These songs would have even been bigger than they are if he(Ykee) had had played his showbiz better to hype the songs even further. But nevertheless, he deserves all the credit.

Something seems to be lagging John behind and whatever is happening to him has hindered him from enjoying the fruits of the above one and a half-hit songs. It’s even difficult to tell the songs belong to him. He’s been so quiet this year and yet he has big jams and I surely will credit the input.

Grammy Academy nominee Eddy Kenzo appears on this list with one of the biggest songs. Kenzo continues to surprise people with his music career. Looking at 2022 its self, he is the only Ugandan in the Grammy awards. Secondly, he has one of the biggest songs, and thirdly, he held one of the most successful concerts. Infact, it wws one of its kind.
With his humble ways, this man is somehow lucky and don’t be surprised if Kenzo/Uganda win the first Grammy award.
We wish you the very best.

Its hard for me to include names like Jose Chameleone, Bob Wine, Bebe Cool, Afrigo Band & Maddox Sematimba on a list of music competition because I believe these names are past the aspect of being asked for a hit song.
In this aspect their legacies and old music seems to serve their fans enough with no demand for new or better songs though it doesn’t take away the fact that they are still in the race and for 2022, Jose Chameleone proves to still have the longest trending song, Forever. This song can also compete for song of the year. This legend will be holding his concert on 10th Feb 2023 and the list would like to call upon all Uganda music fraternity; the DJs, media houses and fans to turn up and offer support to the doctor.

Despite her personal challenges, Spice Diana this year focused on getting a single unlike last year where she appeared because of collaborations and her showbiz. Her single Regular is a trending song and has been appreciated by many people. The Bebe Cool list encourages more women to join and flourish in the music industry Spice Diana will be holding her first big concert at Cricket Oval on the 13th of January 2023 and we therefore call all women to support a fellow woman ‘nakajanja’. And ofcourse all her male fans should support her.

Whenever I sit down to do this list, I always seek opinions from various music gurus (DJs, Radio Presenters, Programme directors, Music Critics, Concert organizers and fans) to confirm my analysis.
Each and everyone of the music gurus I talked to had Carol on their list, and indeed in a special way deserves to be recognized for her hardwork. She’s followed up her collaboration Tukigale featuring Eddy Yawe, with Oliwa crossing over from band music to the mainstream as I had mentioned about band music two years back. Congratulations Carol. Surely, the uptown boys and girls feel you.

Queen Sheebah nearly missed out on this year’s list because she has had a mixed year and this might be as a result of her exiting from her management company / longtime manager Jeff KIwa which definitely would affect any artist musically. The stiff competition from her fellow female artists Azawi, Winnie Nwangi, Spice Diana gives options to fans. Her music did not have much impact as was with previous years and I find only one song worth making the list. Her power was cut halfway but being a witness of her music journey, I know Sheebah tapowa. She’ll come back stronger and I wish you the very best Queen Karma.

Slowly fighting back his way to the scene, Rickyman delivers two good collaborations this year. These songs would have been bigger than what they are if Rickman was taking music as a serious business not just a hobby. All in all, I respect everyone’s plan in life as long as it is not harmful to others.

Unfortunately, artist like you negatively inspire upcoming talents to think it’s okay to promote and abuse drugs. For example, upcoming artist ALIEN SKIN who has good songs like “SITYA DANGER & TONKAKA” are learning bad ways from people like you.
He has on several occasions appeared on stage and videod smoking.
Uganda’s population is predominantly the youths. We must inspire these young people by doing right, not wrong.
I believe the platform given to us as artists by God should be used for our good and the good of our people. Entertainment and sports are very big job creating sectors which artists and sports personalities should all be responsible to promote and protect.

The Bebe Cool list will never promote or credit any form of ABUSE.

In conclusion, I congratulate every artist who has made it to the Bebe Cool list and to us who did not make it, it doesn’t mean we did not perform well but rather our colleagues worked a bit extra than us hence their extra hard work deserves recognition.

The Bebe Cool list would like to offer free studio time- to a tune of 3 songs- at GAGAMEL RECORDS and also offer 3 free Video Camera opportunities to shoot their videos to all the artists mentioned above on the Bebe Cool list.
This offer is subject to an artist having his/her own producer and booking studio time two weeks prior to the Programme. The video Camera is subject to 150 dollars as facilitation for the handler and security.