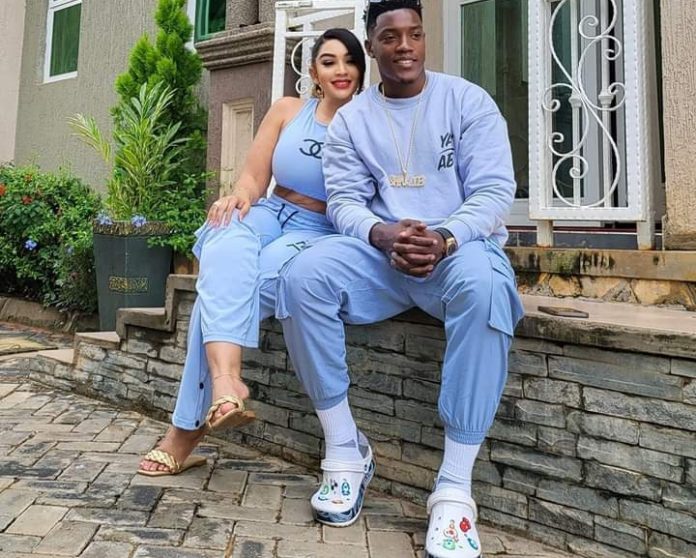 If there is anything a lonely man would love to run into, it’s love. As experts say, you don’t find love but love finds you, many people including celebrities have done the unthinkable just to get in the way of love. World over, celebrity relationships are known to be controversial. In Uganda, the intrusion of social media in-laws makes love hard for Celebrities. The former always feel opinionated when it comes to the latter’s choice of partners.

This however, has never stopped celebrities from loving, dating and getting married, like it is said that love can move mountains, listed are the top Ugandan celebrity couples of 2022 that have proven that love outweighs the limelight and everything that comes with it.

Age is just a number when it comes to the Zari and Shakib affair. With every moment that goes by, the South Africa based Ugandan socialite continues to prove that among the men she has dated, Lutaaya is the fairest. Zari, 42 and Shakib, 30 started dating early this year after she ended her relationship with another South Africa based Ugandan, GK Choppa and within just months, the mother of five has already met Shakib’s parents and the couple plans to officialise the relationship soon. The Lutaaya’s also hinted on having a baby/babies together.

Zari must be completely in love as she recently attacked members of society for having double standards when it comes to cross generation relationships between men and women.

So much has been said but the couple is still walking the talk. Nevertheless, social media in-laws are waiting for both the good and bad news come 2023.

Four years later, songbird Rema Namakula and hubby Dr. Hamza Ssebunnya still have the last laugh. Even when their marriage was reported to be on the edge, they bounced back with beautiful pictures of their daughter Aaliyah’s first birthday which they followed with a fourth anniversary photoshoot.

During an interview at the fire baby concert, the ngonze hit maker said unlike music, marriage has always been her biggest dream. Rema is probably living many young women’s dreams. Like a saying goes; if you can’t beat them, join them, the “team it will end in tears” have resorted to tapping on her blessing.

Anita Annet Among and Moses Magogo

From officialising their relationship to marching outfits, the speaker of parliament Anita Annet Among this year set the bar high when she gifted her husband Hon. Moses Magogo with a brand new Range Rover as a birthday gift.

Even when their relationship has been surrounded by controversies, House of Prayer Ministries Pastor Aloysius Bugingo and companion Suzan Makula’s love continues to blossom. In the recent pictures shared on social media, the couple looks younger.

The failure to celebrate their love in a white wedding has never stopped them from being authentic with their feelings as the city pastor continues to throw Jabs at anyone who dares to attack his Makula.

When God said in Ephesians 5:33 that a man who loves his wife loves himself, He was talking about entertainer Roden Y Kabako. Kabako and his wife are a couple that loves, laughs and fights together.

Kabako always compliments his wife both on his social media and in the public. He must be the husband material big eye sings about in his latest song.

The love Kabako showers Dumuna has on many occasions left netizens’ tongues wagging. They say it is different when one marries their friend.

However, despite Mr. Henry’s perfection and Hindu K’s calmness, socialite Prima Kardashi this year managed to find her way back into Geosteady’s arms. They have been everywhere proving to social media inlaws that even though new brooms sweep clean, it’s the old brooms that know all the dirty corners. Geosteady iced the reunion with sembera song where his babies mama prim is the vixen.

Media personality turned actress spent all the year trying to prove that Her and husband Raymond aka Cocktail are a match made from heaven.

The two had their official introduction ceremony this year and it has been a honeymoon after honeymoon between the two.

The relationship has also kind of elevated Remy’s status. She is one of the most sought after media personalities of 2022.