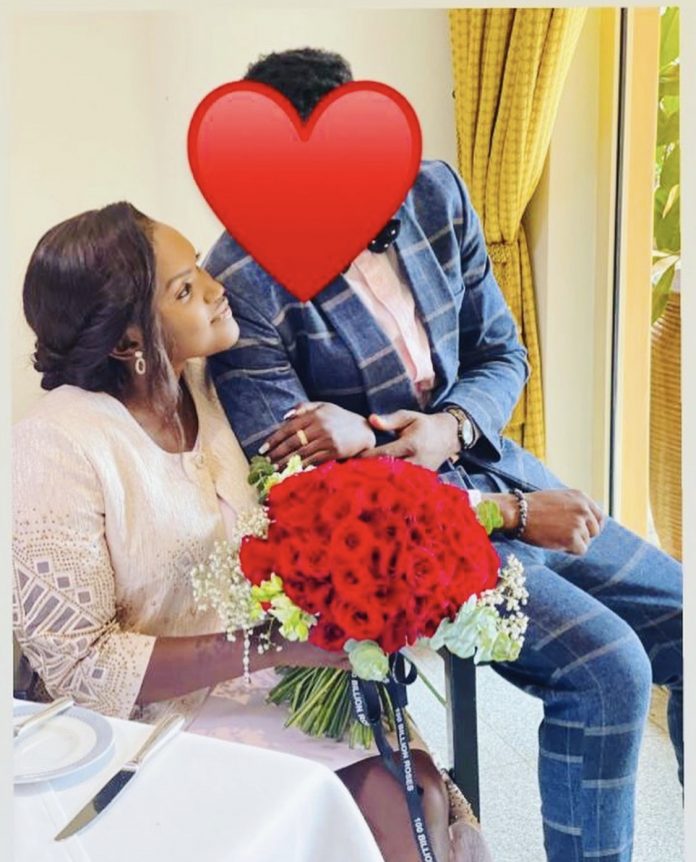 orget her smash hit that says ‘I don’t think I can Fall in Love Again’ because it seems like Fille Mutoni has proved this was just a song after giving a hint that she’s in love again. Taking to her Instagram page, Fille posted a picture of herself clad in a beautiful dress. She held flowers in one hand as her other arm was intertwined in another man’s arm.

Fille however couldn’t reveal this man’s face as she covered his face with a heart emoji. The No money singer then captioned the picture with a ‘YES YES YES,’ followed by a ring and flower. This saw congratulatory messages flow in from her fans as well as fellow artistes. However, some were skeptical about this picture citing artists’ plots to sell their music of late using stunts. Others quickly noticed the man’s checked suit adding that it looks familiar. With this, they meant Fille’s ex and baby daddy MC Kats who has similar suits.

It should be noted that the singer has been off the radar battling personal problems especially drug addiction. She resurfaced onto the music scene last year under Maritin entertainment. This was after a rough patch in her life relating to drug addiction and weight issues. While on the road to recovery from all this mess, it was alleged that she had relapsed. She however came out and denied this saying that she’s totally fine.

Fille however is yet to find her mark on the entertainment scene that she once enjoyed under the management of her ex boyfriend MC Kats before the two bitterly split.