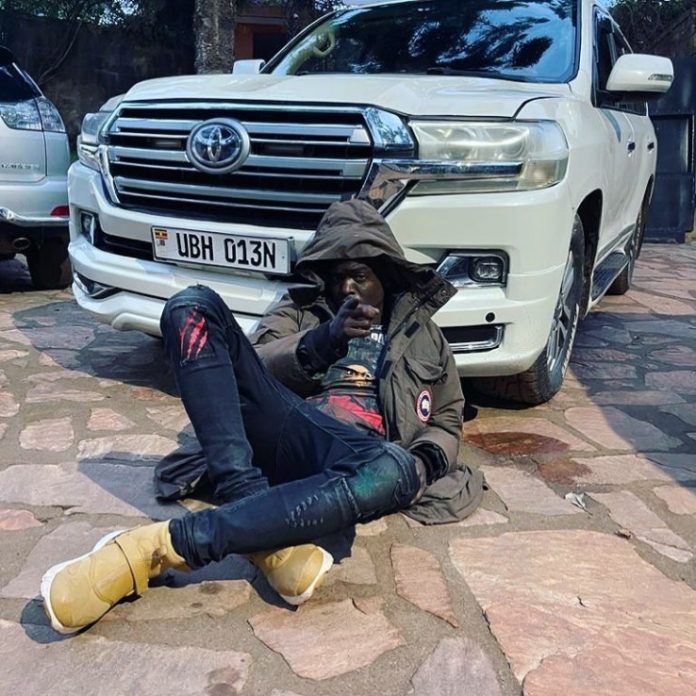 Goodlyfe singer Weasle survived being beaten by a boda boda riders later in the week.

This followed an accident he caused when he knocked a one Sebulime John Bosco, a boda rider in Makindye around military barracks.

According to reports we received, Weasle was over speeding in his white Land Cruiser V8 car and he ended up knocking JohnBosco off the road into a trench. Eye witnesses say he tried to run off but was stopped by the many boda boda riders that were on his case wanting to beat him up. Together with his car, they were taken to Katwe Police station.

The accident victim was rushed to hospital then, its not clear whether Weasle moved out of the cells but he was arrested shortly after the incident.