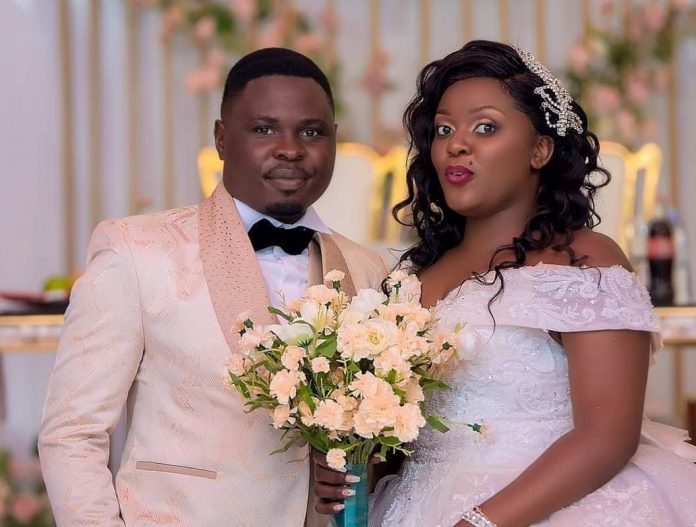 On the same event,  Zaake was presented with an envelope containing Shs10 million from the Speaker Anita Among while at the wedding reception at Mityana Emirates Hotel.

The money was delivered by fellow MP Wilfred Niwagaba. However, Zaake threw the money on the floor amidst cheers from his guests.

After mixed feelings and reactions about the act from the public, the youthful MP took to his Twitter handle on Sunday Evening and distanced himself from the entire talk that he personally invited the speaker to his wedding.

In a tweet, he asked his followers to disregard the invitation letter that kept making rounds on social media because it was forged. He further denied inviting the Speaker and seeking any financial support from her.

The fact that Speaker of Parliament Anita Among spearheaded zaake’s removal from parliament’s commission may still be haunting her from Zaake’s midst.