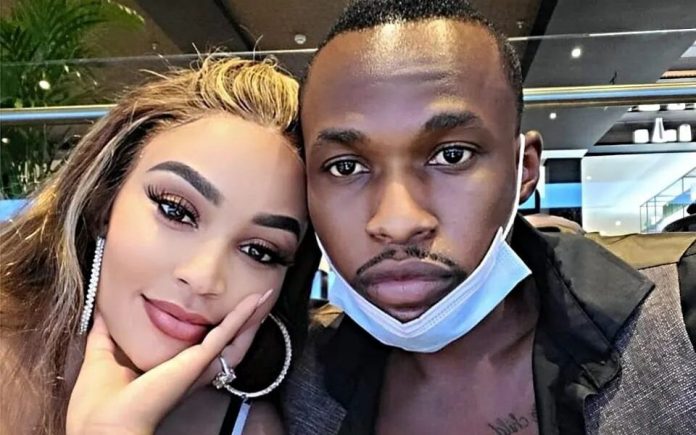 Ugandan socialite Zari Hassan raised eyebrows after she was spotted getting cozy & hanging out with a younger man than her. Photos of the 2 having a good time together emerged and led to people concluding that Zari was in an intimate relationship with this guy. Zari doubles up as Diamond Platnumz baby mama and bearing in mind that he is on the verge of getting married to Zuchu, it was time for her to find someone to warm her bed. The mother of 5 caused a stir with the numerous photos and looks like she’s in a relationship with him.

On the flipside, the man, identified as a Ugandan called GK Choppa, looks like he’s in his late 20’s or early 30’s. According to reports, GK was hosting Zari as she visited him in Durban, South Africa. The two were seen hugging suggestively while sharing a meal.

Even though it’s not clear whether they’re dating, the manner in which they were close says a lot. Zari has refuted the dating claims and maintained that nothing is going on between them.