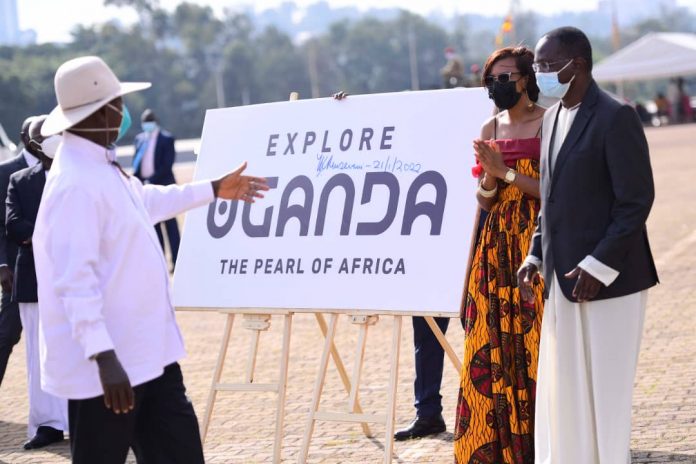 For years, selling Uganda as a destination meant leaning on the region’s most predictable features — the iconic mountain gorilla and the Big Five animals. The East African nation’s diverse communities, modern cities, and remote community tourism experiences remained eclipsed to all but the intrepid explorer. 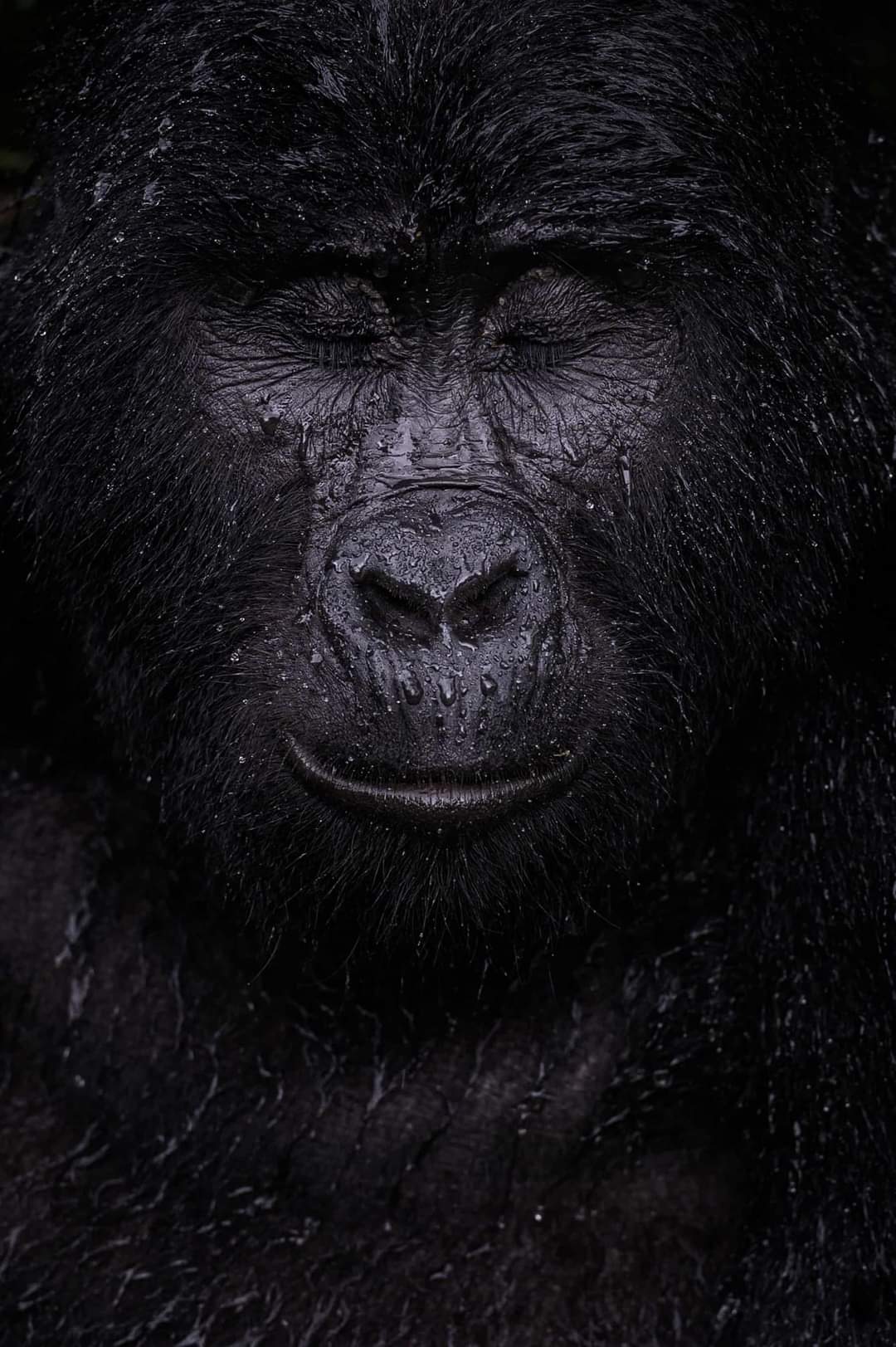 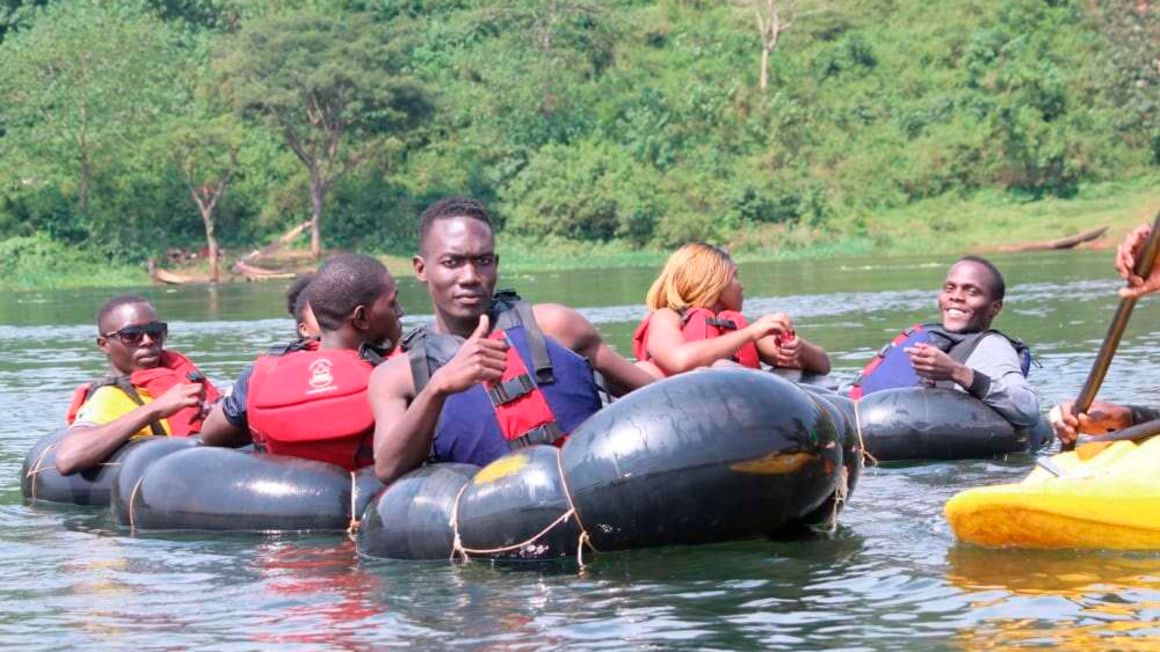 That narrative has now shifted. In a visible departure from the status quo, Uganda Tourism Board’s new marketing campaign showcases a country with features few outside visitors might expect, and serves as a sign of what’s to come out to come out of African destinations in a post-pandemic competitive tourism industry. Viewers might glimpse a chimpanzee, a giraffe or a cheetah on the chase, but these make up a tiny part of the footage, otherwise dominated by scenes of Ugandans enjoying a range of outdoor adventures, cultural and urban activities in their own country.

The new message is to not just visit Uganda’s sights, but to stay longer and explore its diverse corners beyond the gorillas and the big 5. There’s a group river rafting, a lone female hiker on a gorilla forest hike, friends sharing a plate of matooke or mashed green bananas, and nightlife scenes in Kampala that contrast against tribe visits and Millennials partying by a riverfront infinity pool at a luxury lodge. As the clip wraps up, two women are in awe while on a game drive, while a road tripping couple pull over and hug over sunset. All the depictions are of locals enjoying their modern, multi-faceted African destination while inviting outside visitors to “come see what is uniquely ours.”

The campaign, released less than a week ago, was launched alongside a rebranding of the destination to “Explore Uganda, The Pearl of Africa.” “That tourism brand is the result of a very intensive study which took place for a period of time,” Said Tom Butime, Uganda’s Minister of Tourism, Wildlife and Antiquities, on a recent local news broadcast, adding that the study revealed tourists stayed longer in Kenya, Tanzania, and Rwanda than they did in Uganda. Past branding didn’t stand out because of former poorly executed campaigns, and a lack of unity behind the meaning of “Pearl of Africa,” said Lilly Ajarova, CEO of Uganda Tourism Board.  “We also collaborated with some of the market researchers in North America or in Europe, and we know that it is not just wildlife that people are interested in right now,” said Ajarova. “So to be able to position ourselves as a competitive destination, it was important that we highlight the other attractions that we have as well.”

Uganda tourism businesses and veterans in the industry who spoke to Skift shared optimism and positive feedback on the new narrative and branding efforts. For Theo Vos, founder of Kara-Tunga Arts & Tours —  a social enterprise tour company in Uganda’s northern Karamoja region, a former conflict zone transformed through tourism, the message shift is indeed packed with meaning. “The new video finally represents us, the people of Uganda, the potential of outdoor adventure and in addition the diversity in nature and its biodiversity,” said Vos. Ugandan-born safari tourism veteran Praveen Moman welcomed the departure from the obvious marketing of the past. “It’s great that the government is doing the campaign and hopefully, it helps build the product, build awareness, build the messaging,” said Moman, co-founder of Volcanoes Safaris.

There’s also power behind the voice leading the narrative, said James Haigh, head of sales and marketing at Lemala Camps, whose Wildwaters Lodge riverfront infinity pool is featured in the campaign video. “It’s a tourism board initiative, but it is a Ugandan talking to other Ugandans overtly, talking about ‘our country,” said Haigh. “I think it’s a really bold statement to change that and I love it.” The three-year campaign roll out will prioritize local and regional African markets this year, before going big in international markets in2023.

An Initial Resistance to Change

The campaign faced initial pushback from Uganda Tourism Association (UTA), a trade association representing the private sector, claiming it wasn’t consulted on the new branding. Skift reached out to UTA president Herbert Byaruhanga but did not hear back. Uganda Tourism Board’s Arajova told Skift that her team did consult the major stakeholders in the private sector, but that it wasn’t possible to incorporate their individual demands. “We tried, but there are people who are just too passionate,” Ajarova said. Some had wanted the gorilla to be in the logo and others were saying they wanted the national flag, Ajarova added, noting that the tourism board’s priority was to look at the interest of the country in having an adaptable brand that speaks to future tourism trends. But Uganda’s tourism industry at large is now embracing the change.

“We have gone around this now; as recently as yesterday we had a full meeting with them,” Ajarova added. “We are now doing training to get them to understand how to use the brand, co-branding the destination brand with their individual tour companies or hotels and so on.”

When Covid hit, Uganda’s tourism industry had been growing by at least 20 percent annually for a decade, reaching just over 1.5 million visitors in 2019 and $1.6 billion tourism earnings. Of course that all changed in 2020, when the pandemic set the country back to 2005 with just a third of those visits and a 72.7 percent decline in tourism revenue, according to the Uganda Ministry of Tourism, Wildlife and Antiquities. “In 2021, we had just over 500,000; we are hoping that we can be able to double last year’s number this this year,” said Uganda Tourism Board’s Ajarova. Vaccines are on the way and so far the country aims to innoculate the majority of its adult population by the end of the year, Ajarova said. Meanwhile, the U.S. State Department’s “Reconsider Travel” advisory on Uganda remains in place since the bombings in Kampala in November 2021. But Ajarova said the warning was nothing new.

“Again, it’s the way we are basically viewed, you know, countries on the continent of Africa,” Ajarova said. “But in reality, you know, it is not what is on the grounds. So, we basically have left the responsibility to our diplomatic missions to deal with that.” The initial local and regional tourism draw has provided a buffer for Uganda’s tourism businesses as more locals and Africans have increasingly taken to exploring their backyards. “We’ve been luckier than most,” said Volcanoes Safaris’ Moman. “First we started having a trickle of tourists from the region and then international tourists.” The up and down flow of visitors the past 18 months has helped sustain the lodge, Moman added, but it’s also allowed it to operate and to some extent continue with its community and conservation work.”

Lemala Camps’ Haigh said that its Uganda property has seen a combination of visitors and record-breaking revenue. “We’ve made more money in January this year than any year since the property’s been opened,” said Wildwaters Lodge’s Haigh. “And that’s been funded out of a mixture of local and regional, and international tourism.”

Vos’ Kara-Tunga Tours recently partnered with a group of six Ugandan and Dutch companies to form Adventure Tourism Uganda and design new cycling trails in national parks, including cross-border adventure and cultural routes linking Northeast Uganda to Kenya, South Sudan and Ethiopia. Guides are also being trained to meet the future demand from outdoor travelers and tap into opportunities. The project has the backing of the Uganda Tourism Board and Uganda Wildlife Authority.

Vos said the shift to support community-based tourism in Uganda and spread the economic benefits of tourism to communities had started just before the pandemic. “It got amplified by the effects of the pandemic and the current demand of tourists for immersive experiences with direct positive impact on the host communities,” said Vos. The push for adventure and rural tourism beyond wildlife spotting is particularly promising for Uganda’s remote areas where climate change is threatening the pastoral way of life, and tourism can help diversify community income and reduce harm to natural resources.

“For a country like Uganda that’s one of the world’s youngest countries, fast growing population, rapid loss of wilderness, tourism is a changemaker,” said Vos. Uganda Tourism Board’s Ajarova confirmed the push for involving communities in tourism. “As we pursue the development of different kinds of adventure, communities are going to be massively involved in the new product developments from culture to the adventure activities.” It’s all part of Uganda tourism’s goal to target slower and immersive exploration and attract the rising number of travelers — domestic, regional and international — who are in search of meaningful experiences.

“I love the challenge of the word ‘explore’ because it is literally challenging people to take a deeper experience of a destination rather than the superficial one,” said Lemala Camps’ Haigh. “That’s what I think that’s what our future is all going to be about.”