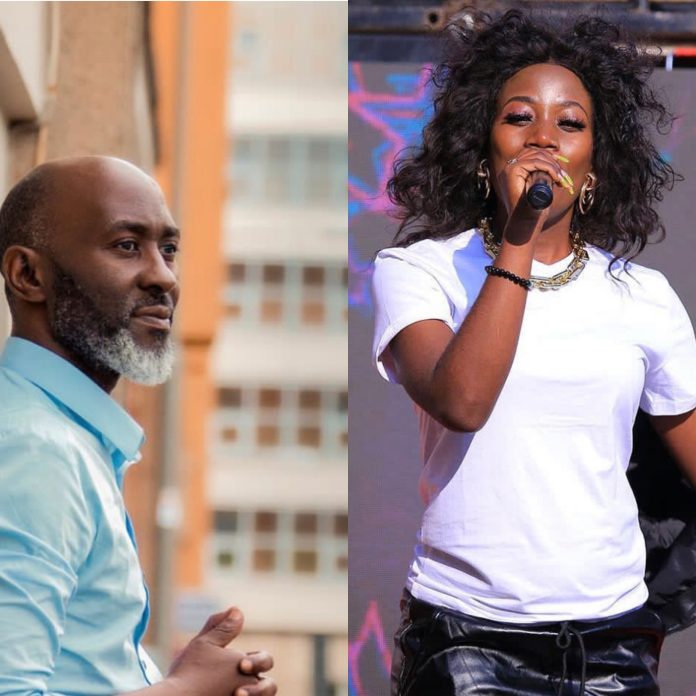 Social commentator and analyst Ibrahim Tusubira commonly known as Isma Olaxes has come out to stung singer Grace Khan who recently waged a verbal war against critics like him that have been belittling her daughter Granah Illonah Aisha.

A few days back, Grace Khan shared a couple of photos of her daughter through her social media handles.

Upon sharing the photos online, the decision generated divergent reactions from critics, with some heaping praise on the little one.

Others, on the other hand, degraded the singer’s daughter, with captions that seemingly never settled well with her.

Through a Facebook live broadcast, Grace Khan retaliated and issued a warning against critics disparaging her daughter to stop with immediate effect because she is innocent.

The singer went on to stress that while she has always ignored her detractors, she can no longer do so when it comes to her daughter.

She maintained that she would defend her daughter at all costs and vowed not to involve the police because she could handle the situation on her own.

Furthermore, Grace Khan disclosed that she knows everyone attacking her daughter by location, and made it clear that she can physically confront them and exchange blows, before calling them out with all the obscenities she could think of.

Isma Olaxes while appearing on a one youtube channel called Vybe Life Ug hosted by Jenkins Mukasa, the self-proclaimed President of Ugandan bloggers blamed the singer for not doing enough to save the situation in the first place.

“Grace Khan is to blame for doing that photo-shoot while making her baby putting on such cheap clothes as if she was an `orphan`”, Isma said.

“Nevertheless, a mother like her should now be avoiding using such strong and obscene words to make her points, she degraded herself and will keep crying for us like a baby”, Olaxes continued.

It has to be remembered that in October 2021, Isma Olaxess, was arrested, arraigned in court and taken to Kitalya along with Next Media Services presenters, Isaac Kawalya Ssemulondo alias Kays, Bryan Kennedy Waako and Williams Makuliro all being accused of repeatedly attacking an artiste Mr Emmanual Ssuuna alias Omulangira Ssuuna on television.