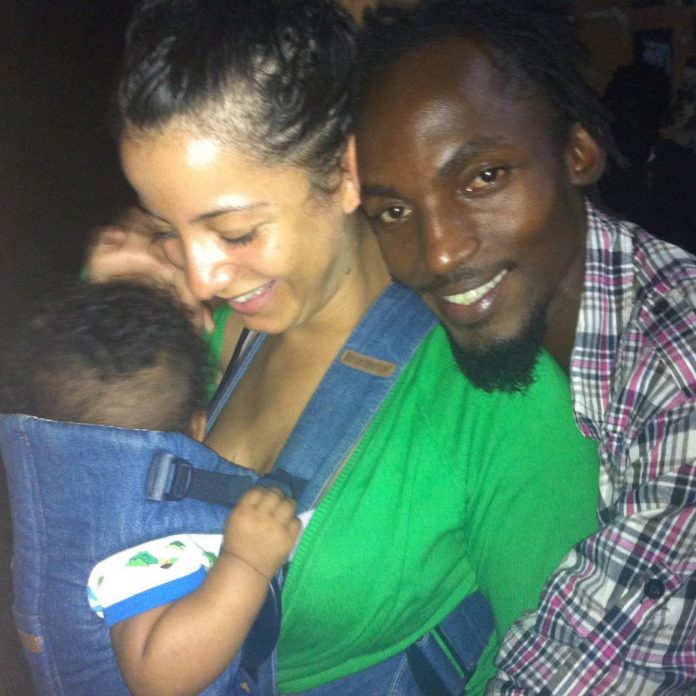 As is often the case with high profile personalities, their death never ends the talk around them and most times people tend to always mourn forever. This is true with Moses Radio the late who had his birthday celebrated earlier this week all through by friends, fans and family allover the globe. Radio who died on 1st February 2018 would have made 37 years of age on his birthday this week on January 25th 2022!

Over the years since his death, few controversial twists concerning the late singer’s life would be revealed, At SPINERS, we dedicated a full month #TheMonthOfRadio to make sense of the different shades and personalities of this melodious fallen legend and today we bring you Who Moses Radio the LOVER and the DAD was! Enjoy the read …………..

“Though seen as a very controversial figure, out of the camera he was a very caring lover and loving father, he had a satisfactory parental love to all his children” says Frank Ssekibogo who is Radio’s elder brother. In 2016 prior to their Omwana wa Bandi Concert with Weasle , Radio said he had completely cut off his dreadlocked here to show a good example to his children. While still alive, Radio didn’t like to see his family affairs about lovers and children in the limelight as this would turn him off hence wearing his character of Moses Radio the Fighter! Douglas Lwanga, a television personality then working at NTV-Uganda remembers of a scenario he hosted Radio and his singing partner Weasle on his show The Beat, around the time, Kampala Sun, a newspaper tabloid had published a story about Lillian Mbabazi who was one of Radio’s lovers and when Douglas asked Radio about the matter, the singer got turned off and asked why his lover and matters that should be private are being put out on National TV. This explains how Radio was soo private about his love life and children. If he was still living, a story like this one talking about his lovers and children is one he wouldn’t love to see but to celebrate him as a dad and lover, we had to break the rules!

Moses Radio sired five official children from three official women. From the 5 children, Radio left behind two young kids he bore with Lillian Mbabazi, an old flame he met in campus. The two artistes met as students during a Psychology class at Makerere University. They formed a bond which grew stronger each year and their relationship gave birth to two beautiful children, a son Asante Manzi Ssekibogo born in 2010 and a daughter Izuba Ssekibogo born in late 2014.

Lillian Mbabazi and Moses Radio had worked together for a while before falling in love with each other. Their romantic relationship is said to have sparked off after the pair collaborated on a song “Where you Are” together in their respective groups the Blue 3 and the Goodlyfe crew, however a close source reveals that Radio had for long fell in love with the female vocalist since their university days and promised himself that he would one day have her for a lover. True to that, close friends reveal that Lillian was Radio’s favorite lover even when their relationship was always on and off, Radio still found reason to return to this baby mama of his. During one of their break – ups in 2017, a close friend who preferred anonymity revealed that Radio opened up to him that Lillian’s close friend Karitas Karisimbi was the barrier between them. This was due to their close friendship that made Radio think its probably Karitas hoodwinking his lover. The past 4 years must have been hard for Lillian having to raise the kids alone without their father. Prior to Radio’s death, Lillian had moved to her home country Rwanda with the children who lived their for a while before they returned to Uganda and we can reliably confirm that they are all grown and doing well.

Radio’s other lover was a Caucasian woman known as Karen Gammeltoft. Karen has since preferred to live her life out of the limelight but a one Bianca, who happens to be Weasle ex-lover speaks fondly of Karen as one of Radio’s most loved ladies on earth. Bianca says that she stayed with Karen under one roof in the early days of Goodlyfe at their Makindye based NeverLand house. “Karen is the woman who carried Radio’s child during his bad days, stuck by his side for 10 years through ups and downs.” Bianca adds. Radio and Karen’s relationship resulted into his officially known firstborn child called Theo Kingsley Ssekibogo.

Our sources indicate that save the absence of his father, all is well with Theo Kingsley, apparently, the boy currently lives with his mother in Copenhagen, Denmark, and last year in May joined one of Denmark’s leading football academies –with evidence readily available as her mother joyfully shared photos of him at training.

Along the way, Radio dated another lady known as Jenniffer Robinson who hailed from England. Robinson, mostly referred to as Maama Leo by close friends and family to Radio is credited by close family members for giving Moses some ray of hope in his last days in this world.

In an interview, Robinson revealed that she met with Radio in 2011 at Hi-Table bar along Kampala road. This was the same lane she used while she was moving to case clinic that fateful night Radio was rushed to case clinic, something she called a coincidence.

At the time of his death, Radio was staying with Robinson and was the last lover he spent his last days with, Radio left his house where he stayed with her to move to Entebbe that day he was involved in a bar brawl that finally led to his death. Jeniffer Robinson’s relationship with Radio resulted into a beautiful Daughter Lailie and handsome son Leo.

They always say, death brings out all the hidden truth and true to the saying, in a shocking turn of events, another secret was been unveiled regarding the late Moses Radio. Apparently, the fallen musician had an affair with former Miss Uganda 2008 Dora Mwima who got pregnant in 2009 and gave birth to his son in April 2010.

“I met Radio and Weasel while I was campaigning with my foundation for incubators during my reign in 2009, they joined me in the campaign and soon after, Radio and I had a private relationship that lasted for a short time but resulted in me getting pregnant,” Dora Mwima posted on her Facebook sometime in 2019. Before confirming that her first child Ethan Barrak, born on the 2nd of April 2010, is the son of the late Moses Radio. She further added that she didn’t tell the musician about the pregnancy because he was at the time dating fellow musician Lillian Mbabazi. Therefore at the age of 19, she concentrated on raising the child as a single mother. “I discovered after we both went our separate ways that I was pregnant, and I also discovered that he and Lilian were dating at that time. I didn’t and do not believe in abortion, so I decided to take responsibility and keep Ethan without telling Radio.” Mwima’s statement further read!

Dora Mwima who is currently married to a one Nader says her husband considers Ethan as his own son, he was there for him from his first birthday, and didn’t even want to share Ethan with Radio. Mwima however confirmed that her efforts to meet Radio and introduce him to his son failed due to his busy schedules but she believed he had the right to know, unfortunately, Radio died before he met his son and knowing about him. On why she came out to reveal this to the world, Mwima had this to say, “We are not asking for anything, not money or visits, but we thought at the end, Ethan will grow and ask questions that we can’t lie to him about. We ask the family of the late to open their doors to her son if one day he decides to go and meet them.”

Speaking to this platform, Frank Sekibogo, the brother to the late confirmed that they got the news of Radio’s other child with Dorah Mwima on Facebook just like anyone else. He however doesn’t rule out the fact that Ethan is their son but says they are waiting for the time their son will be formerly introduced to them as a family. For now they official know 5 children from his three lovers, Lillian Mbabazi, Jenniffer Robinson and Karen Gammeltoft.