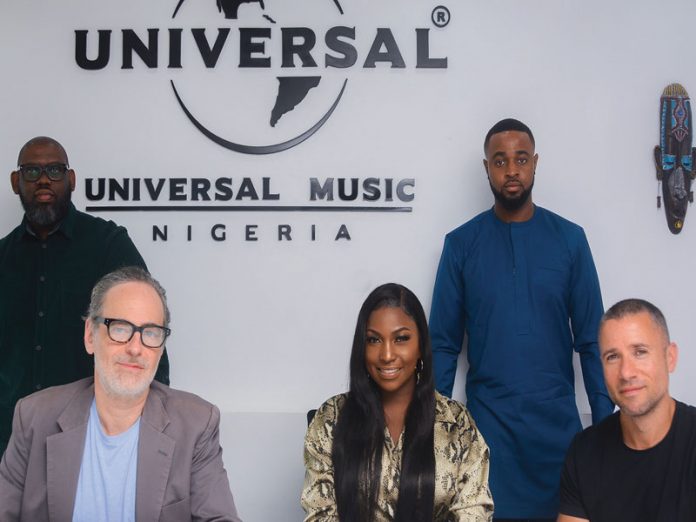 Some Ugandan Musicians have never been the same after signing under record labels that were meant to make them famous. Some of these record labels are even international and not just on the local scene.

The question is, what is really the problem?

The most surprising thing is that, before signing up with these record labels, musicians are actually thriving and making it in the industry. However, just after signing with these labels, they become close to irrelevant in the music industry. Who is to blame for such things? Is it the artist or the record label? Well, there is so much to look into when it comes to this?

Another question is, do artists read through the contracts they sign with these labels?

You may find, there are clauses they miss out that make them look like untalented people yet they are.

Record labels like Sony Music, Universal Entertainment have signed so many artists in Uganda who have become close to nothing. Who is protecting artists from such labels? Are they are on their own because that is how it seems. No wonder some artists completely refuse to get associated with such labels. How come artists from outside Uganda make it under them?

In 2012, there was a wave of Sony Music Entertainment coming to Africa, they set up an office in South Africa and in the shortest time they had signed a good number of established and promising African artists.
Among these was 21-year-old Kenyan rapper Xtatic, South African singer and rapper Toya Delazy, Tanzanian singer Alikiba and Ugandan rapper Joselyn Tracy Keko.

The expected success by Keko did not happen. After more than five songs that were in between electronic music and pop, many Ugandans wrote the artiste off. But it was not just Ugandans writing artistes off, Xtatic had not released a song in years since she was working on her debut album that she was producing between the US, Kenya and South Africa. Toya Delazy had music released, but like Keko, her sound was changing to pop.

Most of such labels have got used to particular markets and as they venture into Africa, they tend to market Africa sounding the way they know how. This means that even when an artist like Vinka, Keko or Nigeria’s Davido is signed, they may want to package them in a way they believe will work for the market in which they intend to sell you.
This as a result, means that scheduling music, studio time or releases, is different. They will not want you to work with producers or even collaborate with artists they may not approve of and one cannot release a single or an album, in fact, they have the power to release the artist’s music.

So, what really is the use of these labels?

We have seen huge stars such as N.W.A, Toni Braxton, Ma$e, Jojo and many more fighting their record labels after realizing the messy contracts they signed at the beginning of their careers. They have chocked creativity trying to force the artist to create music for the radio, failed to deliver on marketing and sometimes completely put careers on hold due to their overreaching contracts. The constant tension between artist and music labels is something that the African artist may not have been privy to — as these litigations, labels and the attached artists have grown in the United States, there is now a better understanding of the music industry and convenient evidence to enlighten the budding artist of their rights, limitations and the importance of these deals on their imminent success, licensing abilities, royalties and ownership of their music.

It is somewhat terrifying to imagine the details contained in the deals that the African artists may be offered; Mr. Eazi, a well-known music producer and artist, in a recent interview with Billboard Magazine recalls his “first deal in 2016 was 400,000 pounds [$522,068, adjusted for inflation] for three albums” and just a few year later was “about to sign a huge label imprint deal in 2018 for about $6 million but didn’t”. These well-endowed titan gatekeepers of the global music distribution industry and their lawyers burrowing into this unsullied music scene see an opportunity — a cheap opportunity and may do more to bend and break the soul of African music bowing to the corporate pressures of producing music for commercial success in Europe and the USA for the least amount possible. The way music is created around the world is different; contracts and copy-write laws are still in their infancy in Africa and thus reduces the cost of acquiring the music rights which may be a serious curtailing of the authentic path of the African vibe and dilution of the humanity in the music we see from the African continent. If all the front-runners forego their creative path to the conglomerates coming from outside of Africa they may be forced to use a blueprint from executives and A&R of the record labels that is not adjusted for the way that particular music is enjoyed. That is how hip-hop almost lost its edge in the mid-2000s.

With another mega star, Davido signed to RCA/Sony Music and experiencing success with his 2019 album “A Good Time” going platinum a couple months after release perhaps marks a turning point: after his 2016 debut album “Son of Mercy” with the label failed to meet expectation due to the forceful hands of sony executives, Davido insisted on making music his way and released the smash hits, “If”, “Fia” and “Fall”. He then rode that success and with newly acquired knowledge about the streaming effect on music delivered a platinum album with all the songs created by Nigerian producers. If the creative nature of the artist and dedication to the authentic material of the music is left intact after the signing of the artist, it will be a recipe for success. If the Wizkid and Davido experience is to carefully be studied, we hope these lessons will be employed with Vinka from Uganda who was signed to Sony Music in 2019. With Tiwa Savage from Nigeria signed in 2019 the recent Def Jam signing of major stars like Cassper Nyovest and Nasty C from South Africa, and purchasing of a majority share of AI Records in Nairobi, Kenya in 2018, it appears United Music Group is in the lead in this new scramble for Africa. This time we have history as a guide and with widespread access to the internet, we shall all collectively keep watching the African music scene and support the uplifting of local talent, genuine artistry and responsible business decisions by the talent and record labels to maintain the soul of African music.