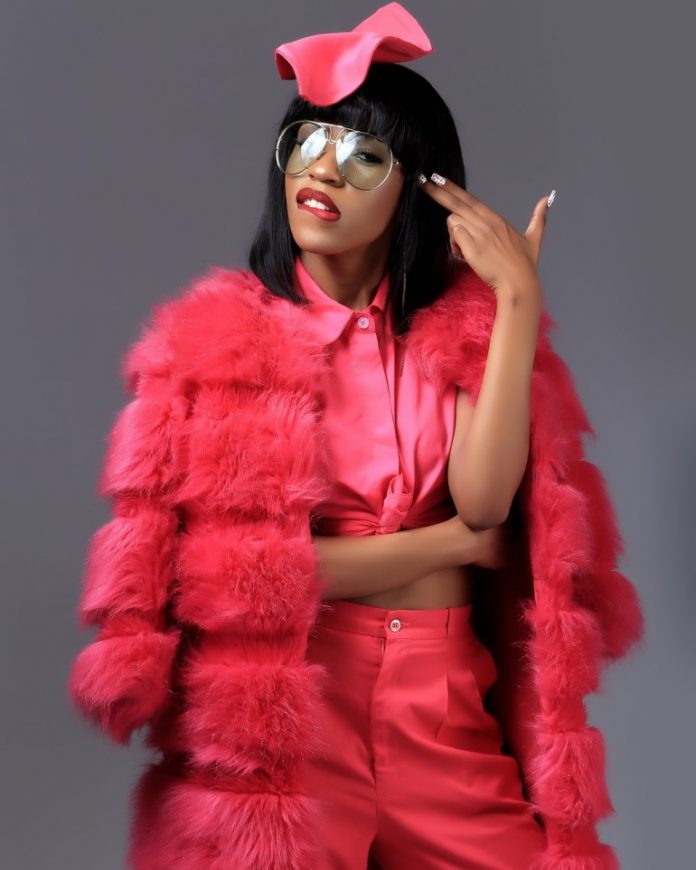 Swangz Avenue singer Veronica Lugya aka Vinka has come out to lift the lid on body shaming in her music career. Apparently, ever since the Love Panic singer broke onto the scene, she has always constantly been body-shamed.

They even at some point nicknamed her “Vinka the man” because of her strong baritone voice in her songs. The singer besides was also body shamed for being small and slender. While appearing on NBS TV’s After 5 program, the self-styled ‘Boss Man Jah’ said this has always been in her career. She however doesn’t give much attention to it.

However, right now, Vinka has turned the tide around and it’s fair to say that she’s currently one of the sexiest singers. She made sure to put on some weight during the lockdown by frequenting the gym. And ever since she gave birth and even got married, she’s a fantasy for many. In regards to her pregnancy, Vinka said that she never hid it unlike what was written in the tabloids. She said that even at one time she had a public show while she was 8 months pregnant.

“I didn’t hide my pregnancy because I used to post my pictures on social media platforms. In fact, at some point, I went and performed at @ComedyStoreUG when I was 8 months pregnant,” Vinka who is currently on a media tour promoting her new song Fimbo said.