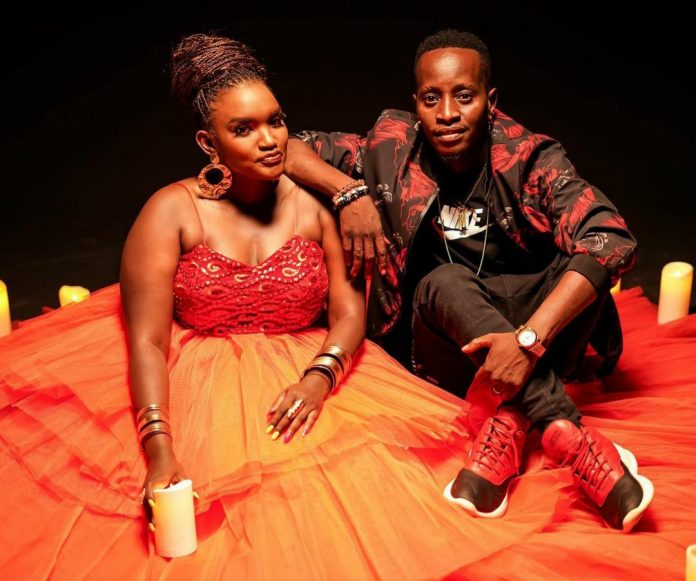 The years 2012 and 2013 saw a rise of new urban female faces in the Ugandan music industry. This wave brought artists like Rema Namakula, Irene Ntale, Sheebah Karungi and Fille Mutoni among many others. Most of these stars had a strong backing from either a tight renowned manager or record label but there was one singer amongst them all that had risen to the top by the efforts of a one man army manager in the name of MC Kats.

From no where, Kats put Fille into our faces and before we knew it, she was the famed singer behind then hits like He’s got no money, I need you amongst others, thanks to her great voice and musical talent too. to cut the long story short, Fille and Kats later fell in love and painted the showbiz streets Red, at a time they were the real business when it came to Kampala Celebrity couples. Like any other relationship, the pair that sired a child together kept falling out and getting back. One night out, Fille, together with her buddies allegedly beat up MC Kats and left him bruised all because he loved her so much and couldn’t let her go, it became a big scandal in the media for quite some time.

She later dumped him as a lover and a manager and decided to deal with her music personally, but ever since she departed from Kats music management, her music career faded. Kats always tried to help promote her music so that she can survive since she’s his baby mama. The pair have taken over two years without being publicly seen together, something that cemented the fact that the two had surely broken up. To further prove that, both sides have in the recent past been linked to other people with talks of having moved on.

Recently, Kats and Fille have often been seen together in jolly moments, firstly it was during one of MC Kats’s theme night where Fille came out to perform, the other time was during their daughters birthday party at school, then to a night out with Rwandas female duo Charly na Nina and then to Fille being interviewed by Kats on TV to doing photo shoots together. With this back to back appearances, the big question that arises is, have the two rekindled their love affair or its simply business like they both claim?