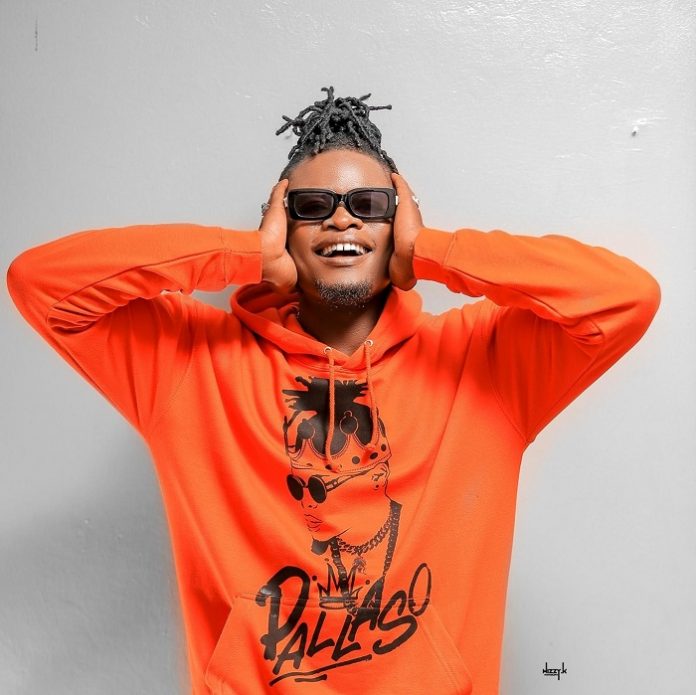 According to new Intel, it seems like Pallaso has learnt nothing and forgotten nothing. He seems to have turned it into a habit to miss shows and later turn up with humble apologies. The self proclaimed King of the East previously missed a show in Masaka which made the fans who had paid to watch him entertain them run wild and riot.

He however turned up and swept the streets as a gesture of apology, reminding the citizens that he is a son of Masaka and he was truly sorry for not turning up .Fans have failed to stomach it any longer after Pallaso missed yet  another show to entertain them in Masaka. It seems that currently, Pallaso has very many engagements to cater for because he is failing to honor his bookings

Pallaso was scheduled to perform at a music show in Kyotera, Masaka district on Saturday, but failed to turn up, forcing fans to become violent. News reaching our desk confirms that  fans patiently waited for Pallaso up to 3 am and this is  when they got fed up and couldn’t wait any longer. Furious revelers started breaking chairs, causing a lot of damage. At the same show, Spice Diana was supposed to sing but she also did not perform. The only artiste who honored her booking however busy she has been with shows was Sheebah Karungi who thrilled the fans and they kept demanding for more.

The failure of artistes to turn up for these shows has angered the head of event organisers Balam Barugahare who came out to furiously condemn such an act. He mentioned that event organizers are going to start suing artistes who fail to honor their engagements. He mentioned that they had a right to sue them because they always made them look like fools for failing to turn up for shows.

“We are going to start war with any artiste who is booked for an event and they don’t turn up. They are announced to be part of the show and revelers pay to see them specifically yet they let every one down. It makes us look like fools. We are going to set up strict laws in event organization . We are tired of this embarrassment. ” He said

He also mentioned he was very bitter with Pallaso most specifically because this was not the first time he was letting the people of Masaka down.

“As for Pallaso, am utterly disappointed. This is not the first time he fails to turn up for a show in Masaka. The last time he resorted to sweeping streets of Masaka calming it was a self punishment for having missed the show. It’s so absurd.” He said.