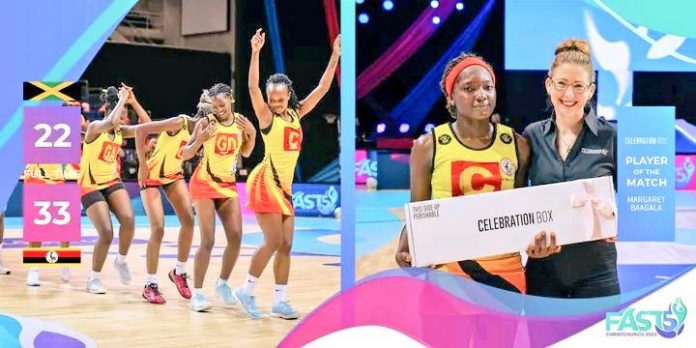 The Netball national team the She Cranes departed for New Zealand last Sunday to participate in The 2022 Fast 5 Netball World Series.

This event was last staged in Australia in 2018. This year, Christchurch in New Zealand are already hosting the event which is reserved for the shorter form of the game.

Fast 5, as the name suggests, consists of just five players on the court (no wing attack or wing defence), and uses three different scoring zones, with teams’ scoring being doubled during a “power play”.

In a change to the previous rules, teams are not getting to choose when they take their power play. The power play is now automatically come in for both teams in the last 90 seconds of each six-minute quarter.

The tournament is once again featuring the top six-ranked netball nations in the world. But for the first time, that means Uganda is competing.

They took the place of Malawi which has been to every other staging of the event.

In preparation for one of their opening matches on Saturday morning against Jamaica, The She Cranes enjoyed a light moment by dancing to Grenade official’s “Babandana” song leaving the crowd highly exhilarated and fired up.

Their choreographed dance moves punctuated by rhythmic wiggling of waists attracted applause and ululations from the entertained crowd. ‘Babandana’ is a clever mix of amapiano and fast paced ragga rhymes riding on the popular street ‘slanguage’ known as Ludicha for word play.

This encounter saw Margret Baagala getting voted as the best player of the match in the game The She Cranes beat Jamaica 33-22 before dramatically losing to England 38-34.

Besides Uganda, these are the other competing teams and their world rankings: