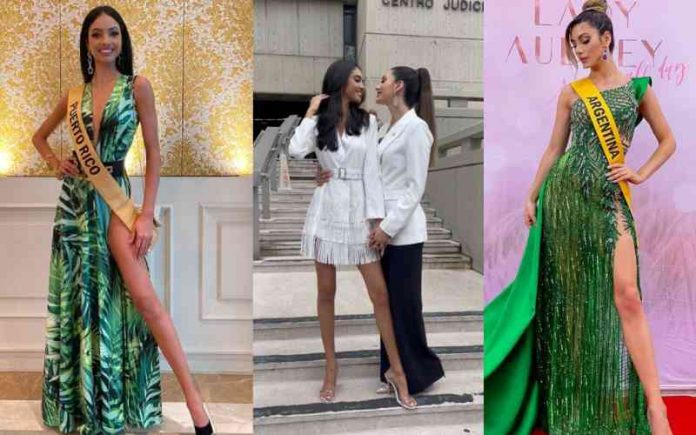 Prior to the announcement, the two pageant queens had not been publicly dating.

The newlyweds posted a joint reel to both of their Instagram accounts, where they shared several clips of them travelling, lounging on the beach and kissing in front of a courthouse in San Juan, Puerto Rico, dressed in their stylish white attire.

The video also features a clip of a well-decorated room with gold and silver balloons spelling out “Marry me?” The couple exchanged rings and a kiss in front of the balloons.

As of this writing, the reel has been viewed 4.2 million times.

“After deciding to keep our relationship private, we opened the doors on a special day,” the pair captioned the post. They also shared a date, Oct. 28, 2022, which is believed to be their wedding date.

Varela, 26, and Valentín, 22, met in Thailand in March 2021 during the Miss Grand International beauty pageant. Neither woman won the pageant, but both placed in the top 10.

Valentín shared photos of the pair after the competition and wrote, “One of the great gifts in this experience was your friendship, walking this process with you was a special and real one. I miss you, my girl @marianajvarela.”

Same-sex marriage is legal in both Puerto Rico and Argentina.