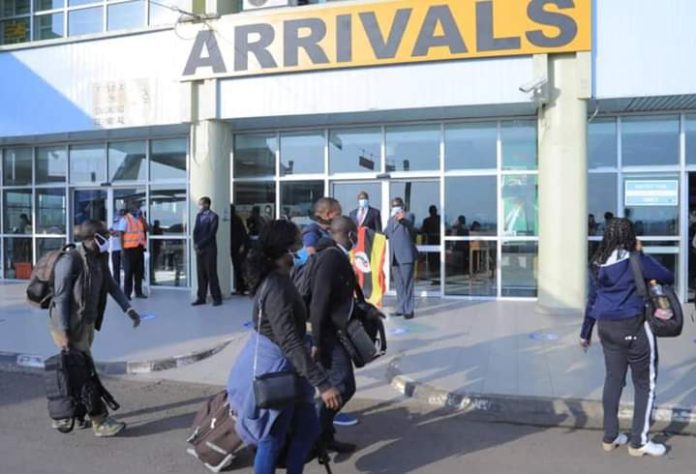 Airline travel is a tricky business for many owing to the strict flight schedules. Travellers have to be checked in at least one-and-a-half hours before their departure time.

Following the extortion claims at Entebbe International Airport where travellers are being ripped off their hard-earned money – airport management is now set to expose corrupt staff.

According to the aviation authority, previously reported cases with specific details have been thoroughly investigated and where staff of various agencies operating at the airport were found culpable, serious disciplinary action was taken, including termination of contracts and withdrawal of airport access passes from them, among others.

Amid the ongoing vices, the big questions are – Who is targeted? Where does the vice take place at the Airport? How is it done? and how can the vice be curbed? Among others!

According to various victims of the vice accessed by this platform – extortion is usually carried out at the counter where passports are checked, at the luggage area and the passport scanning machine.

While at it, culprits of the vice use intimidation play hide and seek to travellers who due to the fear of being delayed end up paying money for their process to be easier!

Due to Ignorance and intimidation, especially for younger travellers like students and first time travellers – many fall victims of the vice.

The case of first time travellers is deep because in most cases, they are very ignorant about the procedures in the entire travel process, they end up bending towards the helping hand of airport staff from whom they seek guidance and its from that sought assistance that they are caught offside.

Most extortionists are clearing agents and trolley operators among others – these see those moving out of the country whereas the latter target mostly tourists who are moving into the land.

Extortionist staff, who generally mastered the art of delaying travellers, many find themselves vulnerable and end up yielding just to get cleared and avoid missing a flight.

But how then can these extortionists be managed?Accreditation of all staff, counter, security and porters among other workers of the airport – this is one of the immediate measures that have been taken by authorities involving “Naming and Shaming”.

While at it, all staff at the airport will be required to wear their name tags for easy identification but also as one of the ways to contain corruption tendencies since victims can clearly identify and report them by name when extorted.

Another way is to standardize tipping. The tipping culture needs to be adopted to draw a line between extortion by airport staff and appreciation from travellers.

There are times when travellers tip staff for simply helping them through with heir errands, or clearing among other airport requirements that need to be filled before Movement  – in this case when someone is tipped on travellers will, how will it be differentiated from extortion? This is something authorities must look at.

Vumbula Uganda Festival is back, with a BANG!

CNN names Uganda among the best travel destinations of 2023

Tour and Travel destinations for a Christmas in East Africa