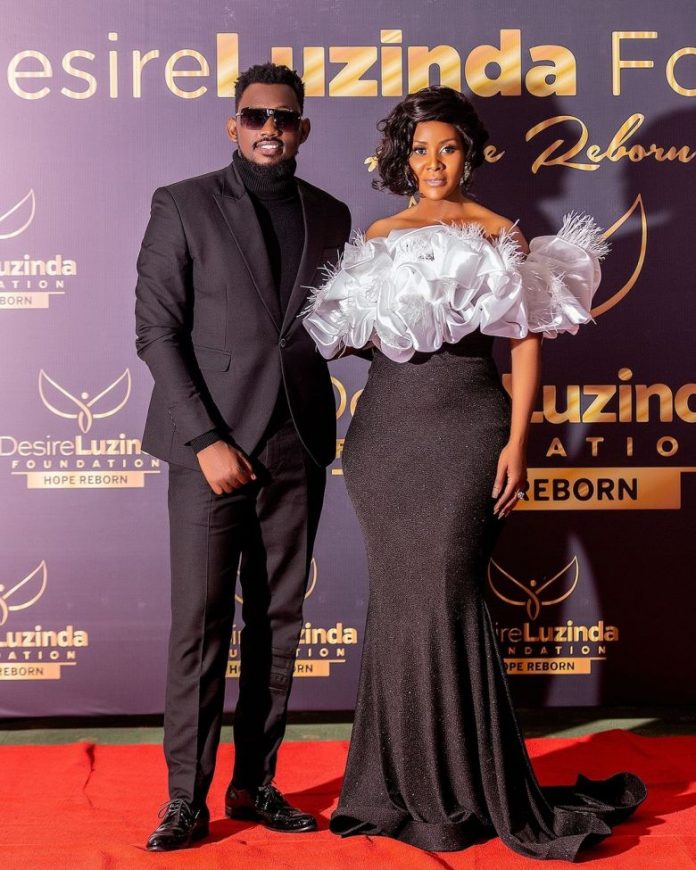 In what appears to be the most blockbuster news of the early year, gospel musician Levixone is allegedly set to wed retired female singer Desire Luzinda. The shocking news was revealed by Facebook blogger Peng Peng who claims to be a close friend of the ‘Chikibombe‘ singer.

Peng Peng alleged that Desire Luzinda and Levixone have actually been in a serious relationship for 3 years now. He added that he had gotten the confirmation from Levixone himself who holds nothing against the ‘Nina Omwami‘ singer’s past and flaws. Besides Peng Peng also commended Levixones’s efforts in turning around Desire Luzinda’s life from a secular one to a religious one.

“Wedding bells,I have nothing against Desire Luzinda and singer Levixone Lucas getting married. These two have been in a serious relationship for almost three years and I applaud Levixone okulokola Desire. I spoke to Levixone today oyo muganda wange straight from Kosovo and he has nothing against Desire’s flaws n her past. Wish you nothing else but the best,” Peng Peng wrote on his Facebook page.

The ‘Kitone‘ singer has been living a simple gospel related lifestyle after she left Ugandan for the United States with her daughter. Desire Luzinda became more purposeful with her life towards inspiring people out there especially after her nude videos and picture saga in 2014. She must have learned a valuable lesson the hard way. Congratulations to the couple.