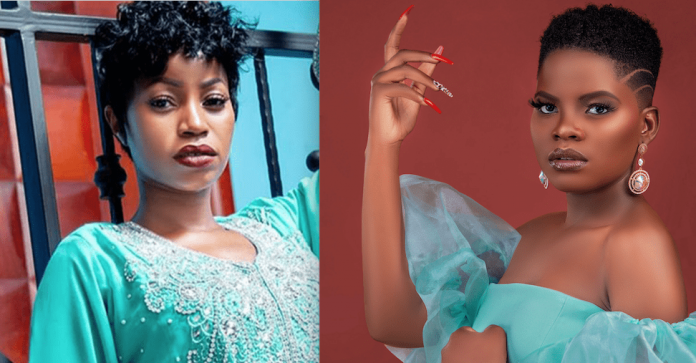 Among the now prominent Ugandan artists who have benefited from former TNS dancehall queen Sheebah Karungi collaborations include Pallaso (Mu Ndongo), Ykee Benda (Farmer Remix), Kabako and Fik Fameica (Sitaani Tonkema) among many others. This list might be updated very soon when promising singer Ruth Ngendo finally makes it after Sheebah gifted her with a collaboration titled Leetawhose video just got shot over the weekend.

The video was shot by one of the hottest video directors in Uganda, Aaronaire and is slated to be released as soon as possible. Now to make matters more emotional and dramatic about this matter, during her interview with vlogger Allan Cruz, Ngendo went on her knees and thanked Sheebah for the opportunity and asked her to always uplift her up. Sheebah was quick to lift her up and gave her a hug after Ngendo had started crying tears of joy.

Sheebah hasn’t been the first to do a collabo with Ngendo as she first did one with Singer, Producer and Song writer Daddy Andre titled Gwoka which was her first ever collaboration but wasn’t that impactful. Before Leeta, Ngendo had ‘Baby Yoo’ done by Bomba and it was doing well on both radio and TV rotations. She is signed under Visions Media and currently being managed by Kasim Pro, a former manager to Chosen Becky.