Home impact Who was Moses Radio the Songwriter that made a Star and an Angel?
Facebook
Twitter
WhatsApp
Linkedin
Print 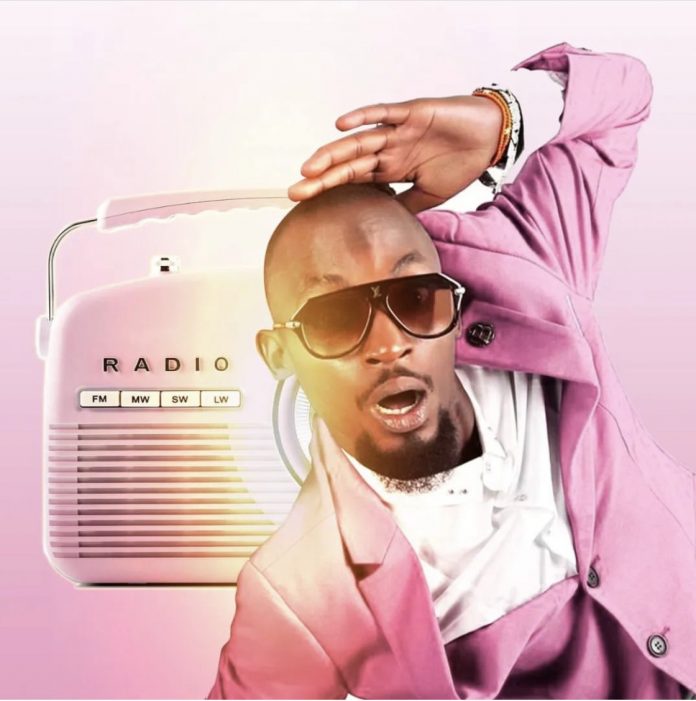 Today marks exactly four years since the Radio in Moses Radio went off. The death of Radio was a bitter pill to swallow and to date, not many people have come to terms with it. The past month, SPINERS decided to celebrate Moses Radio by producing exclusive content on the different shades and personalities of this fallen legend. We have in the past weeks have fully covered who Moses Radio the DAD, the LOVER, the GIVER, the SINGER, the FRIEND, the SOLDIER, the RICHBWOY was and since today is the day he met his creator, we are having our last article in this #TheMonthOfRadio news series. Today we look at  Who was Moses Radio the Songwriter that made a Star and an Angel ? Enjoyyyyyyyyyyy……

You have probably chanced to his ever well-knitted lyrics that made almost his every song a hit but you do not know how that came to be? Radio was an incredibly prolific artist whose “crystal-clear tenor” can be compared to a glass of cold water in a desert. We’ve listened to many talented musicians and have seen many talented songwriters but seen a few great songwriters who are great singers at the same time, but we had Moses Radio, excellent at both, and so much more. Moses Radio the Songwriter cannot be differentiated much from Moses Radio the singer because he wrote what he sang before he moved to writing what others sang.

Although music made him more popular, Radio was a prolific songwriter too who never suffered a writers block in music! Radio and Weasel were credited writers for all the songs they produced, with Radio writing a big part of them. Between 2007 and 2009 for instance, the duo had written and released more than 50 songs both for the duo and other artistes. Towards the end of the first half of the 2010s, Radio had found more ways to collaborate with many of these artistes. He become the most sought-after songwriter. There are times when the Goodlyfe Crew would release hit after hit, nearly every month and people wondered whether they would not suffer quick burn out musically. But they did not. Instead they wowed their fans with more hits because of the fast music writing skills Radio owned.

Radio was keen to see the Ugandan music grow and in some instances wrote free songs for upcoming artists in a bid to help them fast-track their music careers. Among the artistes who would benefit from the duo’s writing talent were Rema Namakula, Juliana Kanyomozi, Lydia Jazmine, Winnie Nwagi, Irene Ntale, Fille, Spice Diana and the later on the duo’s doppelganger B2C amongst many others. Among the songs Radio wrote include Kibulamu for Winnie Nwagi, Twalina Omukwano and Wakajanja for Juliana Kanyomozi, Sukaali for Diana Nalubega, Tikula for Rema Namakula, Masuuka and Nkubanja for Lydia Jazmine, Danger and Dagala for Lillian Mbabazi, Sembeera and Bikoola for Irene Ntale, Ekitone for Desire Luzinda amongst many others. When one listens to all the songs that Radio wrote, one thing in there that was realized appreciated was the lyrical maturity and vast vocabulary he always put to play. He would write music for a person from their perspective and not his, for example when he wrote Twalina Omukwano for Juliana and Ekitone for Desire Luzinda, the songs reasonated with their past relationships and lives something that made more sense to their fans, to him that was power.

Radio’s writing has been described by various people as cheeky, interesting and yet very informed. Radio loved conversations. He had a way with humour and sarcasm something that nust have helped in creating his lyrical content. Playwriter John Ssegawa describes Radio’s lyrics as ones can only be crafted by a person with a reading background. “When you look at his lyrics, they show someone who reads. You would go to his home and find books,” he said.

His fellow Songwriter and Singer Sylver Kyagulanyi described Radio in general as a visionary and revolutionary in his own right. However as a songwriter, Kyagulanyi says, Radio was special in the sense that he had ability to express himself. “He was an intoxicating artiste. You would not listen to his music and not feel him. You would listen to his voice shouting deep down in your soul. We could have different styles of song writing but I have grown to respect him. When you examine the lyrics of songs like Tambula Nange, Neera, he was simple like a flower but conveying a very strong message,” he said.

Artistes who closely worked with Radio say he was a great poet who would come up with a composition in minutes, without much ado. One such hit was the duo’s collabo with Irene Ntale titled Bikoola. It was a love song describing love through African weather and scenery, Radio together with Weasle met up with Ntale, it was happy time and conducive atmosphere, with in no minutes, Radio had come up with the lyrics of the whole song put down to paper. Another incident is drawn back to the song that gave them their break through. The story is told that the duo had visited artiste Omulangira Ssuuna and heard him play one of the gospel songs he was yet to release. In less than an hour Radio had written new lyrics for the song that later became Nakudatta.

Radio had a distinctive art in writing and singing. His lyrics usually revolved around themes of beauty, an unreciprocated love or a love that he never gives up chasing. He was as diverse as any good artiste you’ll come across. From gospel-leaning songs like Mukama Nyongera Amaanyi, Tambula Nange and Omanyi Mukama to happy-go-lucky themed ones (I am so high, Play it again, Tell dem so); from songs stemming out of ego fights with other actors in the entertainment industry (Ability, Kamira the teacher, Kiduula) to those aimed at their detractors (Obudde, Talk and talk, Ngenda Mumaaso), he sang and wrote them all.

In “Kamira the teacher”, the duo tried to hit at Jose Chameleone, their erstwhile mentor-turned foe (before mending fences again). The latter chose to see the funny side of this, adopting it (teacher) as one of his many titles to-date. It was a similar situation with Kiduula, a song that was composed after their crew had been banned from accessing Ange Noir current day Club Guvnor in the aftermath of a raucous brawl at the discotheque. Radio wrote songs with a touch of versatility and current flow of events. But if there was music that came close to revealing the softer side of Radio, it’s the love ballads that often had many eating out of his palm. Mama, a song dedicated to his mum belongs to this category. He calls him by her full name and goes on to shower praises in a trademark mellow soliloquy his fans had got accustomed to, that is lyrical power and maturity!

Perhaps the duo’s most controversial project, the 2015 campaign song, Tubonga Nawe , meant for President Yoweri Museveni’s fifth term re-election campaign in 2016, split opinion among Goodlyf’s most ardent fans. Radio had helped in writing and composing the song that would feature top local artistes, some of whom he had previously fought, extolling the achievements of the ruling party, NRM, and endorsing the president for re-election. The outrage from the public was perhaps the beginning of national politics taking a stranglehold on the Ugandan music industry as some artistes took on permanent camps, colors and parties.

Throughout his career, Radio wrote and released at least 200 songs, on average 20 songs per year in the 10 years the Goodlyf duo were active. Some of his hitherto unheard songs are still being released posthumously, the most popular of which was Tambula Nange, a gospel ballad released weeks before his death. Radio in Tambula Nange seems to possess a prescience, if not premonition, of his own impending mortality. Yet the song also shows the breadth of imagination and musical dexterity of Moses Radio who so effortlessly transitioned from club bangers, to love ballads, to gospel music, all while retaining a unique sound that so endeared him to millions.

Today, Radio is no more, his talent remains unmatched, as evidenced in his lyrics. Artistic wordplay, soothing flow, and serenading performances will remain in many a music fan’s memory. Prior to his death, he had formed a new label Angel Music that was meant to protect his private works from that of the duo and also the music he wrote for other artistes. He probably asked himself what would happen when he died and so he created a body to protect his works, though in its junior stages at the time of his death, the label seems to have gone with him as we see his would be protected works and content circulate allover with no limits and control, the question of who is responsible for all this will probably be answered another day, the big question however is, as a creative out there, how prepared are you to have your works protected even after your demise?

Unlike many people, artistes are expected to have obvious legacies because works of art never die. This can be said of Radio, singer and songwriter who passed on at 33. Radio’s prolific catalogue of tracks, crisscrossing Afrobeat, dancehall, calypso, soca, and reggaeton, will long outlive him. It’s said that he had at least 68 new songs awaiting release at the time of his death. Today he marks 4 years after his death, we pray that his soul continues to rest in Peace!