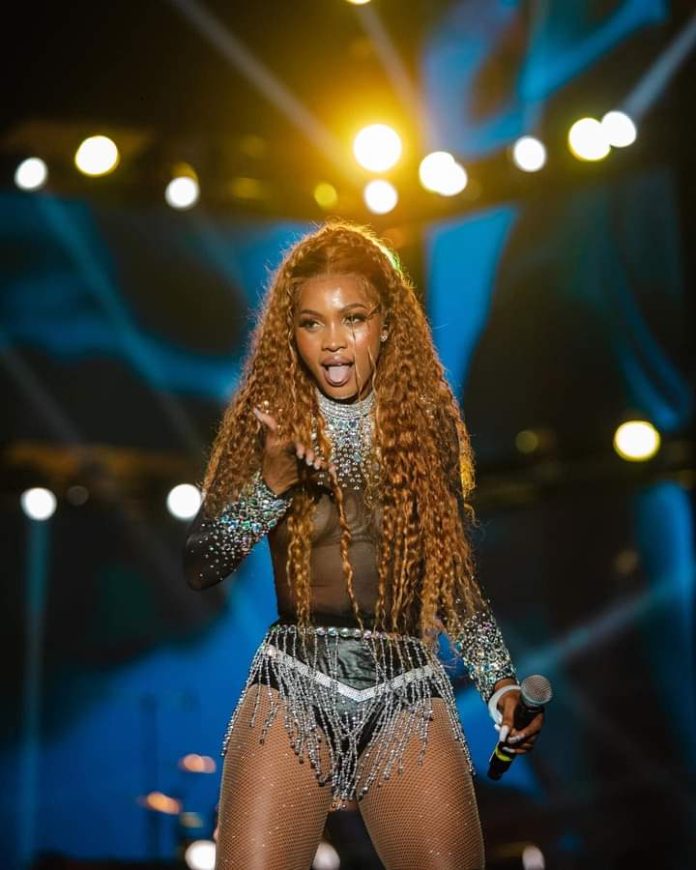 Yesterday singer Hajarah Namukwaya aka Spice Diana filled up Lugogo Cricket oval to the brim. Her concert was the first in the year 2023 and it attracted all classes of people.

Because Diana is a darling to many, the support she got from the music fraternity is one to envy as some musicians chose to sponsor the event through their other businesses. One to be noted is celebrated musician Mesach Ssemakula, the owner of Papa’s Spot, a popular hangout in Makindye.

The organizing team had either forgotten to give the security personnels a list of Ugandan musicians or the bouncers were too tired because Mesach, one of the sponsors, was bounced at the VIP stage. The situation got out of hand when one of the officers pointed a gun to his neck.

People tried to explain to the officer but he could not listen. He instead started insulting the artist. He was later granted entrance but after a scuffle.

Other artists were Pinky who spent 30 minutes at the entrance only to be rescued by the firebase gang. Mickie Wine came in with Zex Birangirangi, Dax Vibes and a gang they usually move with. The security still harassed them at the entrance, reduced their number before they let them in.