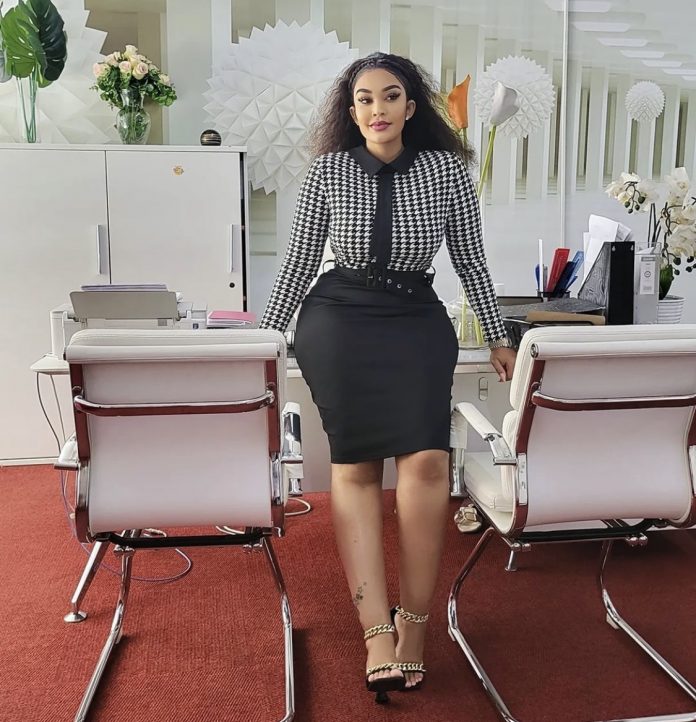 During her lockdown days, socialite Zari gained soo much something that got her loosing her fine sexy body. In defense, the self proclaimed BossLady said she was enjoying lockdown and had given up on working out.

Around the same time, her co-baby mama’s Hamisa Mobetto and Tanasha Donna were busy upgrading their bodies by undergoing a cosmetic surgeries to enlarge their hips and behinds. The duo who lost the battle of regaining Diamond Platnumz attention to Zari have in the recent times been very close something that might have made Zari get back to the drawing body with her looks to probably match their looks and beat their combined efforts.

Zari, currently at 41 years has released a video showcasing her new body and one may think shes directly competing with Hamisa and Tanasha. Watch video below

When Tanasha parted ways with Diamond in March 2020, word made rounds that Hamisa was the reason behind their separation. However, Tanasha maintained there was no bad blood between them. Their budding friendship was made stronger after Tanasha used Hamisa as her costume designer for her music video with Masauti. Since then, they have been exchanging messages online, making sure they support each other’s endeavors and cultivating a wonderful relationship between the two. Probably Zari thinks the two are on a mission to put her down.

Tanasha Donna and Hamisa Mobetto have moved on with the former dating Nigerian superstar, Omah Lay and the later, Rick Ross. At the moment Zari is not publicly dating anyone accept his often public appearances with Diamond.