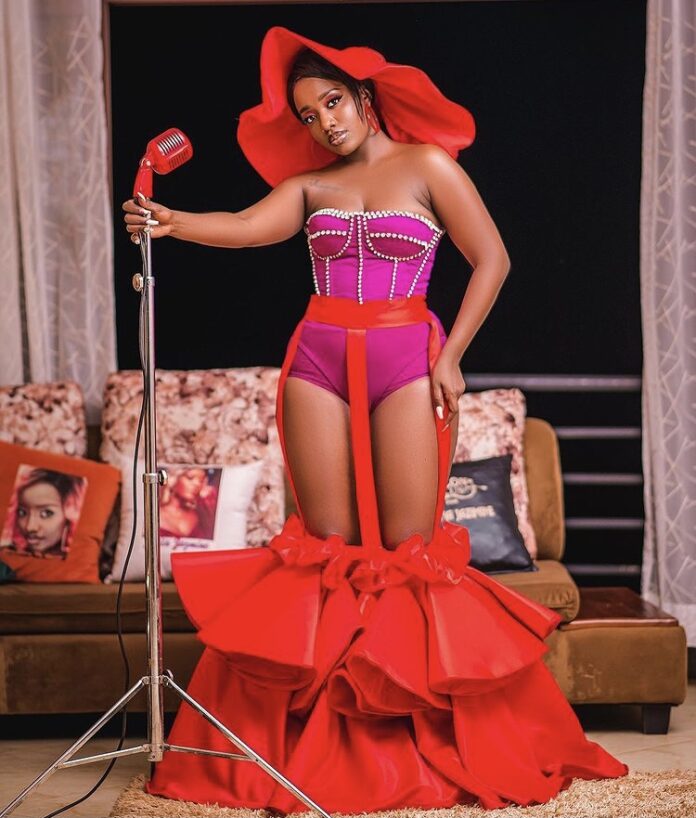 Known for living a life full of glamour and tantalizing photoshoots, singer Lydia Nabawanuka famously known as Lydia Jazmine has risen over the ranks and industry huddles to becoming one of Uganda’s biggest music artists.

Ranging from her industry achievements overtime, melodious diva Jazmine has this year 2021 continued to thrill the airwaves with a thread of hit songs. I hope it wouldn’t be weird if I said that whenever you heard people discussing about Ugandan music industry specifically female artistes the “Kapeesa” singer is not left out in the discussion.

Some of her past collaborations have also been the stepping stone for upcoming artistes who have evolved into major music brands including Sing for me with Prince Omar and Mega with Eezzy aswell as You and Me with Daddy Andree which ended up as song of the year 2018 and brought Andree into the music space aside from music production where he was initially known.

The LJ music artist believes that collaborations are a big thing because they give new artistes a platform to create a new fan base, no wonder, Jazmine’s first breakthrough song was You know, a collaboration with Rabadaba.

Aside from the sweeet music paired with collaborations, Lydia Jazmine is also well known for having perfectly orchestrated photo-shoots that result into those bloody life saving and heart melting photos we love to see on her social media platforms. Jazmine boosts of high numbers on her social platforms and part of the reason for the numbers is her classy sense of fashion coupled with a touch of her forever gorgeous body that everyone loves to have a glance at. Whether she has a photoshoot on a daily or not, we can authoritatively say her socials have new professional pictures on a daily.

As the spiners, we officially name Lydia Jazmine the queen of Collaborations and orchestrated photo-shoots in the Ugandan music industry. We bring you 10 of our best Lydia Jazmine pictures, have a glance.