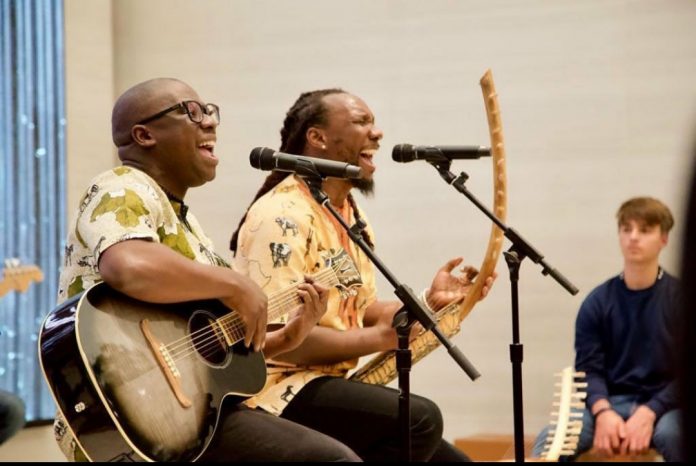 Those who have followed Ugandan music for quite a long time can better identify Ganda Boys as Da Twins with members Denis Mugagga and Dan Sewagudde but now added an American record producer Craig Pruess to complete the trilogy of the Ganda Boys. They rebranded in 2022 after as well passing into a transition of once being called The Cultural Beat Band and DN`D.

For any recording artist to be listed for a Grammy Nomination later consideration, it has to meet some of the eligibility requirements and then get entered on the ballot awaiting votes from the Recording Academy.

Ganda Boys at one time in 2010 were a part of BBC’s Television Drama seriess Television drama series Moses Jones` that claimed a British Academy Awards nomination for Best Original Music Score.Its by this moment when Pruess, a much more decorated music expert helped them to rebrand their and receive a much more international brand acceptance.

After this Grammy listing milestone, it just means that Ganda boys are the closet to have ever achieved the highest musical reward for Uganda’s music to singer Eddy Kenzo who in 2015 received an award from USA’S BET awards.

The Grammys- if you’re in the music business evolved (and have been hyped) as the ultimate prize and doorway to ones future as a musical star with everything that comes with that: fame, money, luxury, fawning appreciation plus prestige and in case Ganda Boys get nominated will automatically live on cloud 9.

This will not be the first time for Ganda Boys to get global nominations as in 2016 their song “Forgotten People rmx” was nominated in USA`s Independent Awards for best song and also in 2018, their song “Kagutema” got nominated in the very same awards.