Home impact The Slumdog Opera: The Tale Of Uganda She Cranes At The...
Facebook
Twitter
WhatsApp
Linkedin
Print 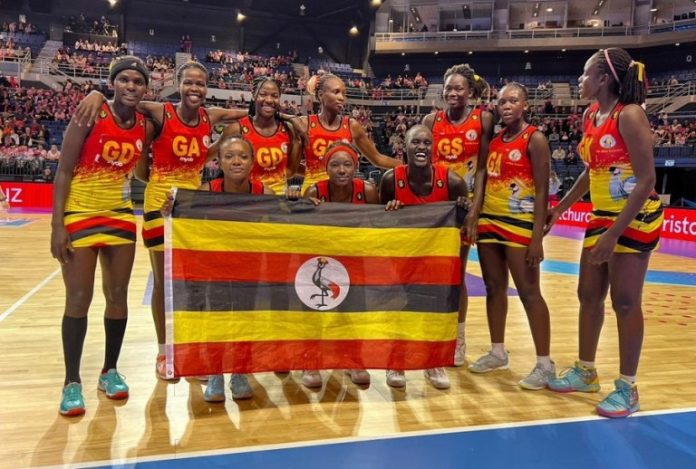 On their first time of asking, Uganda’s She Cranes did not disappoint at the 2022 Netball Fast Five World Series tournament hosted in Christchurch, New Zealand.

Uganda has also defeated Jamaica 33-22 and recorded a 32-10 win over the same opponents in the classification match to take 5th place.

Irene Eyaru was named as the outstanding player in the second win over Jamaica.

Towering sharp shooter Mary Nuba Cholhok was voted as the fans’ choice player of the series.

The dance from the She Cranes’ players on the “Babandana” tune of Ugandan musician Grenade was eye-catching before every spectator.

Hosts New Zealand settled for third place with a 39-25 victory over England.

The Uganda She Cranes eye the 2023 Netball World Cup that will be played between July 28 to August 6 in Cape Town city, South Africa.