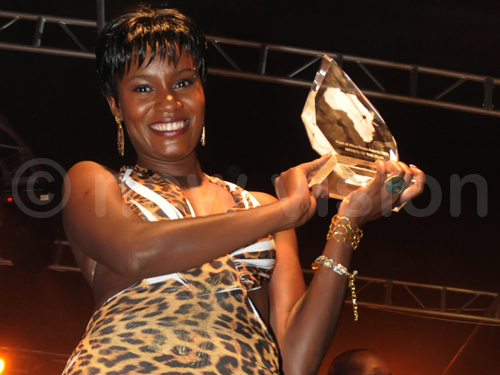 For a man who died in 1989 when he was just making a breakthrough, Philly Lutaaya’s music has proved to be timeless. However, even with his music mastery, the song Diana was not a hit until Juliana Kanyomozi placed her voice to it. The fame this Diana song garnered in 2008 made it one of the most [if not the most played] songs on radio, and guess what?, it was nominated for Song of the year in the then Pearl of Africa Music (PAM) awards – it won the award, Kudos to Juliana!

Despite that, upon the release of the album (The Philly Lutaaya memorial album) where some of the late singer’s songs were re-done late 2007, Juliana’s pick was not among the hammed to songs. First, it was not popular when Philly released it; very few people knew it anyway and therefore it created no excitement. It seemed like an album filler song. In fact, when Iryn Namubiru, Juliana’s music rival sang Empisazo on the same re-done album, another of Philly’s hot ones, music fans were awed. Jose Chameleone also sang another Philly classic, Nkooye, which was almost as finely done as Iryn’s.

Closely therein was Nubian Li’s other version of Empisazo and singer David Zziwa’s Entebbe that music lovers appeared to appreciate. Then came the turn of the New Year; it was like a wild fire in the shape of Juliana’s Diana hit. It was rocking the country and everyone was so keen to listen and dance to it. It created the ‘Oh my God’ factor and some what relegated Chameleone’s and Iryn’s good songs.

“This girl has what one would call the x-factor; she has people power in the sense that she knows how to pull crowds towards her. As such whatever she touches turns to gold. In this case, whatever she sings is loved even when it may not be the best song although in this case, the Diana song is melodious and smooth.” said Belinda Namutebi, a former presenter at Sanyu FM. Steve Jean, a music producer, added: “Her application in this Diana song was meticulous. She has a very good voice and you cannot miss it. For that reason, people were blown away by it.” Steve Jean compared Juliana’s popularity here to the kind of people power Michael Jackson has.

“In the late 1990s, I went for an MJ concert in the USA but his fans had laid a night vigil at the venue on the concert eve. Juliana has that gift too and that is why her Diana song has ruled the entire year.” This, Namutebi said, was boosted by Juliana’s free-of-scandal lifestyle. However, Richard Tuwangye of The Fun Factory said that even the airplay given the song made it very popular because people were hearing it a lot. “Regular plays induce listener requests for the song and the Dee-Jays in the discotheques and on radio did a big job in making this song popular. Even in the bars, it was the song you heard,” said Tuwangye. Rasta Ssali of Roots Band reasoned that the afro-beat rhythm to the song of bass and guitar made it easier to dance to. Ssali adds that in Uganda it is hard to make a hit song when people cannot dance to it.

Notably, Juliana was the last singer to record her song on that Philly Lutaaya Memorial album, according to Sebidde Kiryowa of New Vision who was coordinating the re-doing of this album, which he says was among other things targeting the young music audience that did not have a chance to listen to the late Philly’s music. “When Juliana showed interest like other musicians to take part in the project, she chose the song Diana and for a while I wondered why of all Philly’s hits she chose that. Now she has disproved us,” Sebidde said.

This album may be the best of the year but Abbey Lutaya, Philly’s brother said. “The aim to drum up what Philly stood for in the fight against AIDS was achieved. It wasn’t about album sales but the money raised from it has brought a 500-people multi-purpose community hall named after Philly in a place called Nseke in Mpigi district close to completion.” Lutaya adds that he loved the Iryn and Juliana songs most.