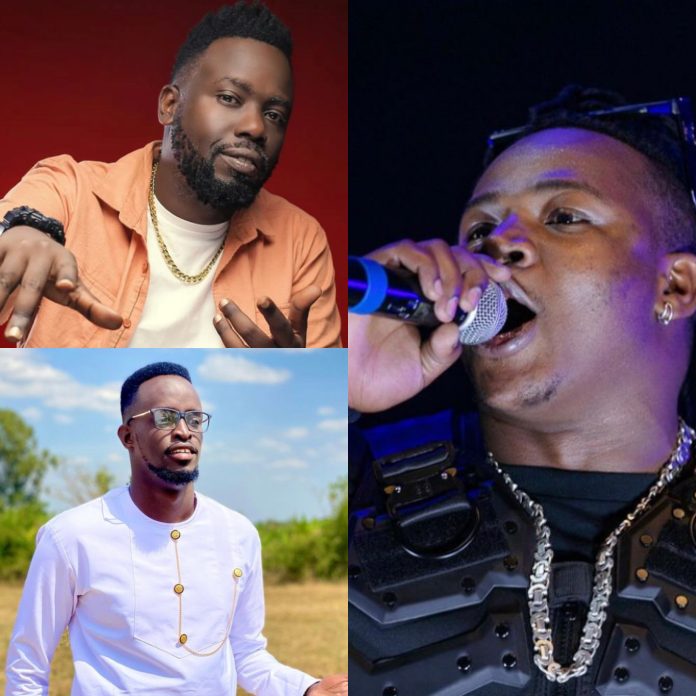 Sweaty bodies, thumping bass and flying bras: Kampala is not ready for the Ruyonga, Zex and Wonder Jr invasion.

Legendary rapper Edwin Ruyonga has collaborated with the highly gifted ragga (dancehall) artiste Zex Bilangilangi and adroit 1Der (Wonder JR) for the rap agglutinated “Parte Yani”. The song that is targeting club-goers or situations of celebrating life at any occasion. This Josh SB produced new single has been released with a video and is now topping Ugandan music charts and on every club DJ`s playlist.

“Parte Yani” has blasted on seemingly every commercial radio station, at every hour of the day and has made the three artists on it to be loveable, huggable roughneck the likes of which the ladies hadn’t seen in a while.

What little slang they drop isn’t obscure and their words are easy to understand. And, even though they not talking about changing the world, they still sound hungry here; they all out to prove something.

“Parte Yani” marks the joyful, playful start of a depressing era of party rap somewhat akin to the hair metal situation of the ’90s — a stretch that nonetheless will yield some and only now, at the beginning of the decade, seems to be drawing to a close.

In some ways, “Parte Yani” is the predecessor to all of the rap dance songs of the modern age. Zex, Ruu and Wonder JR spit some semi-gritty gangsta rap bars with a lot of confidence and swagger. Their flows sound intact as well. I found Ruu to be a bit more charismatic than the other two, but the three artists are pretty equal in my eyes in terms of their delivery. The chill vibe has party written all over it; It’s the perfect tempo to be played repeatedly, whether at the club or BBQ, without any risk of it getting played out.

Ruyonga for those who didn’t know is a spoken word artist (rapper) whose former moniker “Krukid” was fondly given to him in high school after a basketball accident left his face temporarily disfigured. He was one of the pioneering hip hop acts back in Uganda, with his first group winning a nationwide music competition in 2000. He has won numerous awards and has an extensive performance and recording history. He was picked by Rawkus Records as one of the top 50 artists on the internet, and Rawkus helped release his second solo album, AFRiCAN, in 2007. Rawkus Records was responsible for jumpstarting the careers of Mos Def, Talib Kweli, Common and Eminem. Ruyonga has recorded songs with many national artists including Brother Ali and Slug of Atmosphere, and has shared the stage with Lupe Fiasco, K’Naan, Wu Tang Clan, Grieves and Budo(Rhymesayers) and The Roots while he was still living in the States.