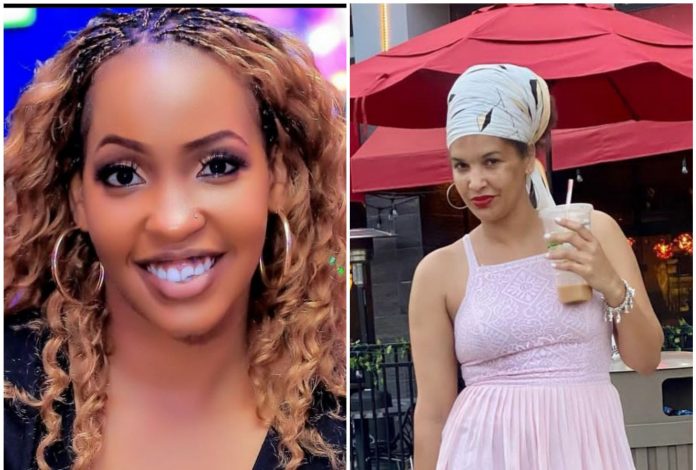 On Wednesday morning, a controversial video of Sandra Teta off an Instagram live session went viral on the social media streets.

In the video, Teta, Weasle’s lover calls out Daniella Atim and Maama Ghetto to go slow on matters regarding her family. Though she applauds their interest and move to help her, she aswell blames them for not contacting her whilst running a campaign for her that she described as one throwing her brand and one of Weasle down the bus! All this comes after weeks of domestic violence claims against Weasle over Teta.

“In this whole campaign, you’re bringing down the brand “Sandra Teta”. I worked so hard to be who I am today and as well as Weasel.” Sandra Said in part of the video!

On the other hand though, Daniella seems not to seaze fire. She penned a rather understanding message on her Instagram calling Sandra’s utterances towards her as “Gibberish”! She adds that she’s however not surprised because Sandra is slowly picking up and speaking out and she needs more of that.

Amidst all this saga, even when Sandra says she was contacted by Daniella, it should be noted that on several occasions Daniella talked of how her efforts to directly reach Sandra failed. Rumor had it that she was put in control of the Mayanja family that controlled whoever spoke to her!