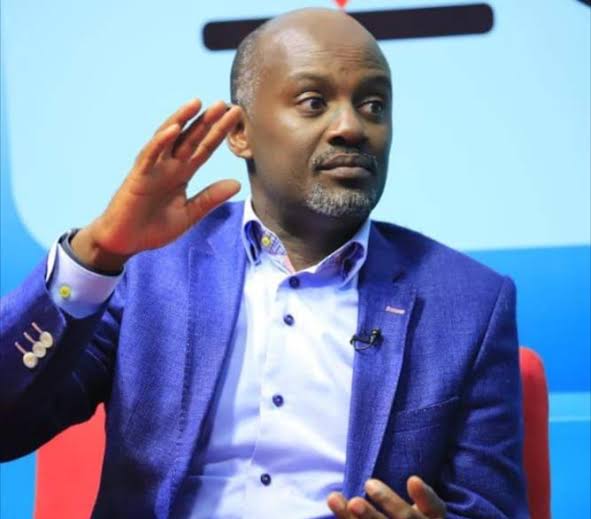 Following a public video statement made by songstress Sheebah Karungi on Monday morning where she accused a certain public figure of sexual assault, alot has been said hence shaking tables.

Sheebah kept trending all week long and while at it, netizens took it a notch higher by trying to find ot the public figure in question since the singer chose not to publicly expose him. Among the names that came up was veteran journalist Andrew Mwenda and Former Vice President Professor Gilbert Bukenya, although the latter has since kept mute about the allegations, Andrew Mwenda has chosen to open up.

In a public letter, Mwenda termed Sheebah’s rant a sickening publicity stunt. He further confirms that he has never met the Bailamos singer and didn’t even know of who she is till these allegations. He adds that efforts to reach Sheebah to come out and tell the public its not him in question birthed no results,

Read Andrew Mwenda’s Say about the Matter below!

A local musician known as Sheeba Kalungi went on YouTube with a video. She claimed that some man who appears on television and presents himself as a role model raped her. She does not reveal the name of this man but claims this man has SFC guards and that the incident happened at an event where she performed. Yet she does not mention the event, the date, time and place of her rape.

Sheeba claims, again with characteristic ambiguity, that this man violated her body to her disgust but she does not specify whether it was rape or indecent assault. But she claims he did so in the presence of her staff in her car and was protected by his guards from SFC.

I find it strange that a woman of her stature can be violated in such a humiliating and painful experience and instead of reporting the offender to the police, she takes the matter onto social media. To gain what? Sympathy? Why not seek justice through the police and the courts? In any case she could have pursued both: sympathy in the public sphere and justice in the courts of law.

When her video came out, someone went on social media claiming that I was that person who raped her. I have never in my life met this Sheeba and had never even heard of her until this video came out and allegations made against me. When I watched the video I gave her the benefit of the doubt believing she is a descent person. I expected her, seeing how viral these allegations have gone, to come out and say I am being wrongly accused since I have never met her. She has kept stone silent.

After five days I deliberately contacted her via WhatsApp asking her to clarify that I have never met her, leave alone tried to rape her. She ignored my messages, didn’t pick my calls, and claimed it was her “management” reading these messages. I find it strange that Sheeba feels no obligation to expose the man who raped her but is comfortable having the wrong person being accused of the crime.

Immediately after these allegations came out, a group of young activists running a complaint against sexual harassment and molestation came to me for assistance. They had a poster and a tweet defending her and asked me to like and retweet which I did. But Sheeba never came out again to expose the man who violated her or at the very least clear my name. Why?

It seems to me that for all her pretense in that video, this incident may never have happened; and if it did, Sheeba saw it as an opportunity to do a publicity stunt in order to promote herself on social media. I despise such forms of social psychopathy even though I am aware that in our attention driven world of today they have produced such super stars like Kim Kadashian.

I have come to the conclusion that the ambiguity in her video is not innocent. I am told she is a popular musician. Why does she let a man who raped her go scott free and at the same time sit back as social media lynch an innocent person? Not that I really care about what people on social media say about me.

But I care that so many well intentioned people are duped by Sheeba. I also care that rape is a bad thing, that women who experience it suffer untold psychological trauma. It is therefore imperative that offenders are apprehended and taken to courts of law to face justice. But it is disgusting when someone abuses the trauma of other real women-victims in a publicity stunt.

Sheeba’s silence leads me to believe that the ambiguity in the video is deliberate. The reason she does not mention the man who raped her, if it is not fiction, is that she wants the public to speculate about the rapist whom, given her claims involving SFC guards, would be a prominent person. Whichever person would become suspect would increase her social media profile as a desirable person by powerful men. This is sickening psychopathy.

It is no coincidence that her allegations of violation happened the same night we hosted a birthday party of Gen Muhoozi Kainerugaba in Entebbe Cricket Oval. We had artists perform there and I’ve asked our event organizers and they have confirmed that she was not one of our entertainers. Sheeba’s ambiguity about the event where she performed and got “raped” is clearly aimed to make people believe she was at Muhoozi’s birthday, which again scores for her more social points as an entertainer at such a high profile event.

Third, her ambiguity about the time and place of her alleged rape is aimed to achieve the same result – to place her in a particular social context in order to raise her profile. It is not by mistake that she claims her alleged rape was done by someone with SFC guards? Whom was she trying to insinuate? I do not move around with any guards, leave alone from SFC! Was she trying to dupe people that it was someone much bigger?

This kind of demented psychopathic publicity stunt should be condemned by all those who seek to protect women from abuse. Women like Sheeba are a danger to the cause of protecting women because they abuse that space to promote themselves.

A journalist from NBS tweeted that Sheeba that same night performed at a birthday party for former vice president Gilbert Bukenya. If this is true, an investigation should begin there. But whatever the merits of her claim, Sheeba is a fraudulent woman who is abusing both her role in society as an entertainer and her access to social media to create a media stunt purely for her selfish aims.

She is abusing all those women who suffer that the hands of mean men who rape them, by turning a grievous offense into publicity stunt for herself. Uganda police should pick interest in why Sheeba, a self proclaimed victim of rape, is protecting a rapist.