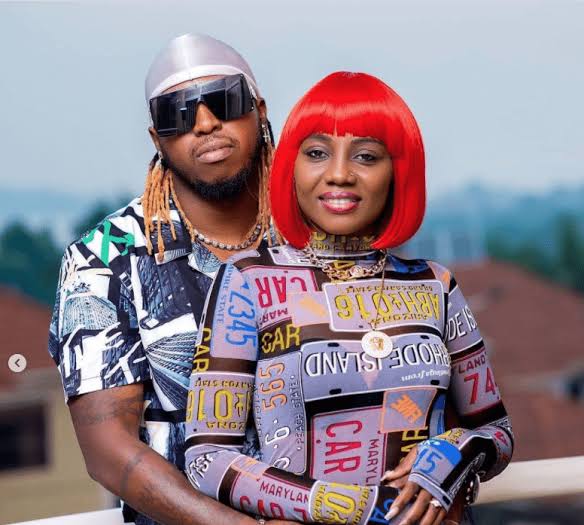 The entertainment circles were yesterday treated to some dramatic and unexpected news of singer Faisal Seguya aka Rabadaba parting ways with his wife Nalongo Maggie. Many have been wondering what could have triggered the couple to end their one-and-a-half-year marriage. According to a voice recording, Maggie said that Rabadaba became disrespectful to her family. He’s spent 3 months minus talking to Maggie’s mother.

The Mukyamu singer also disrespected Maggie’s sister who had been to the UK looking after them. Rabadaba’s behaviors all changed and he even started putting passwords in his phone. He even went ahead to accuse Nalongo Maggie of having a man she’s cheating on him with. Further, Nalongo told her lawyer to talk to him about divorce and the singer said that he wouldn’t get divorced in the UK. This has now prompted Maggie to file for two divorces, one in Uganda and another in the UK.

She added that she decided to let him go since he never loved her and was after something else!

“Can you imagine Faisal doesn’t respect my family and mistreats them? He’s spent 3 months minus talking to my mother. My sister was recently here looking after us but when she got to leave, Faisal walked out of the house minus bidding her farewell. I have talked to my lawyer and I’m going to divorce him since he never loved me in the first place. His behaviors have totally changed,” said Nalongo Maggie.

It should be recalled that the couple legalized their relationship in an Islamic marriage. This was last year in June. The marriage had many people criticizing it for several reasons. Some predicted that it wouldn’t last long because Rabadaba was seemingly after getting UK citizenship. And this looks like it has come to pass.