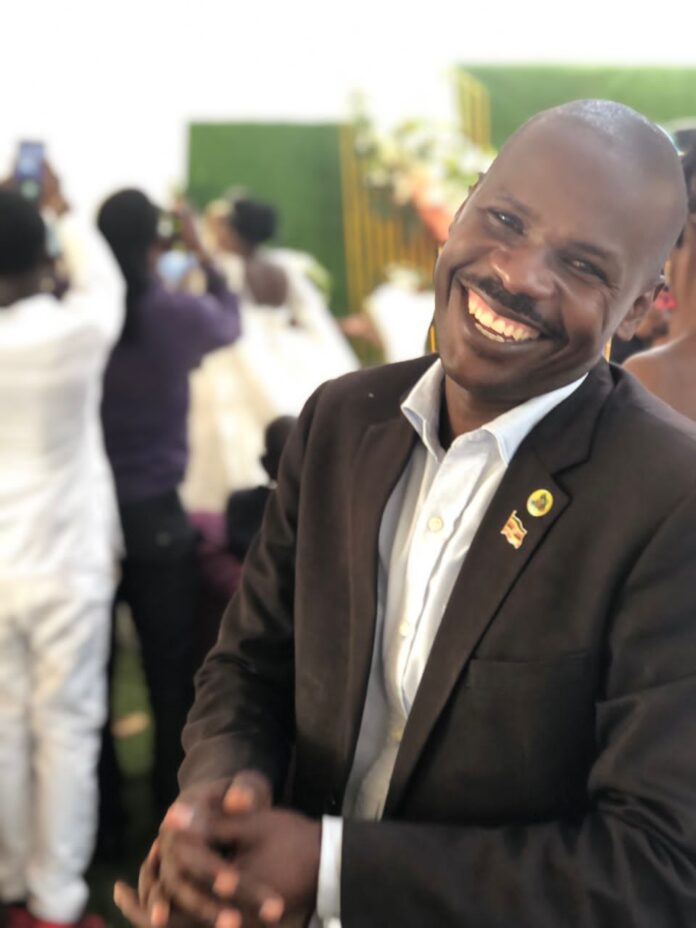 The Inspector General of Government (IGG), Beti Kamya during the World Anti-Corruption Day at Kololo Independence grounds on December 9, 2021 announced a new game plan in the fight against corruption by way of “lifestyle audit”. This style involves checking the standard of living of an individual or tracking their asset inventory and comparing it with their known sources of income to determine if they match.

In the long run, where one’s wealth is not commensurate to their known and declared source(s) of earning, the IGG would follow up to establish if there is no connection with corrupt acts. Others suggested that we strengthen the e-government and online transmission to increase visibility.

In a bid to fight corruption, various Ugandans have come out to provide various methods to completely curb corruption since most of those that Government has employed in the past have failed. Among those few Ugandans is Rtd Lt. Mugisha Moses Magufuri who rants that the state has instituted mechanisms to up-root corruption, there is instead only a multiplication in it’s magnitude and that in order to liberate the country from the dangerous vice of corruption, there is need to intensify the fight through various intervention including outsourcing service of sorcerers and spiritual players as alternative method to fight corruption.

“We have had a number of national prayers celebrated by the country’s best ‘Men of God’ to pray for this country, but corruption (being one of the prayer items to focus on) still remains a big problem; Prayer houses have also tried to petition God over corruption, but corruption still stands” he said via phone call.

Magufuri proposed that let Uganda outsource a witch service provider from Nigeria to try and expose these corrupt officials since all our local efforts and methods have failed. He added that following the weak impact of the prevailing interventions including prayers, curses, name and same initiatives, state mechanisms among others, there is need to resort to a spiritual hand that many have not thought about. The terms of reference for this task will demand that whoever falls a culprit of corruption, right of his/her front teeth be removed so that every one gets to know them.

Works of Witches have been appreciated in various countries allover the world and for some, they have created Degree Programs in Witchcraft at Universities! In Kenya, Uganda’s neighbour, Machakos University introduced that degree and attracted tens of applicants and the University is aiming at exploiting local resources to make the course a success. At the University of California, Isaac Bonewits received a bachelor of arts in magic degree, which is relatable to Witchcraft!

One would wonder why Magufuri, a Christian by faith would spearhead a call for a witch doctor as a solution to curb corruption, but well he refers everyone to the biblical scripture of Jonah 2:6 that says I went down to the bottoms of the mountains; the earth with her bars was about me for ever: yet hast thou brought up my life from corruption, O LORD my God.

In addition, Magufuri reffers to President Museveni’s response to IGG Beti Kamya in regards to auditing his government officials as a push towards the wall in the fight against corruption. The President questioned the reason as to why they would audit his people yet they are investing domestically here in Uganda! This seemed like the President indirectly supported his corrupt officials according to Magufuri. He adds in wonder asking whether kamya has a job since she was stopped from doing her work !

He applauded all public and private actors who have fought against corruption and called for support from stakeholders. “I wish to thank all actors – public and private, who have laboured to eliminate this enemy / terrorists although it still stands. As a matter of national concern, I call upon all of you to support this proposal will all resources at your disposal” he said.

Rtd Lt Mugisha Moses Magufuri from reliable sources is no nosence Young Revolutionists cadre in fighting corruption, right from 2014 in Mogadishu Somalia as a Movcon officer. Magufulri also contributed to the reduction of the delivery of poor quality seeds and briefcase contracts in OWC/NAADS which streamlined their procurement sytems as other operations

Currently his proposal is that for the parish development model to be effective to deliver results ,government through 11th parliament should change Posk Bank Uganda into an agricultural and Cooprerative Bank to pull funds that are scattered in different poverty alleviation programmes into one bank, to ease borrowing and minimise the high interest rates charged by commercial bank to farmers which number of them are foreign owned “Our economy would be far. If government via 11th parliament could change Post bank Uganda into Agricultural bank or corporative Bank so that scattered money’s are controlled effectively, China, India ( State Bank of India) and other African countries like Egypt ( Agricultural Bank of Egypt ), Liberia, Mauritius, Kenya (Agricultural Finance Cooperation ) have done so as well as establishing national industrial bank specifically for industrial growth but uganda’s Mafias cannot allow them or it to happen” He said.

On Magufuri’s Twitter account on 25th December 2021 as he replied to President Museveni’s message ,he urged Uganda, Africa and the world to have faith, hope in whatever they are doing, politically economically and socially with love to one another regardless of colour, races, as well as political affiliations quoting 1 Corrithians 13:13 as per his car number plate.

As Magufuri earlier stated that Uganda’s problem is PIG ( Poverty, Ignorance, Greed ). In reference to his quoted tweet, the source told us that he wanted to show His Excellency the President of Uganda that however much he wished Ugandans a merry Christmas, there is still a big gap between the Rich and Poor as per the Permanent’s secretary, Ministry of Finance and Economic Planning ( Ramathan Ggoobi

Uganda has scattered funds like wealth funds, microfinance, SMEs, Luweero, Emyooga, Women, Youth Livehood, Northern Rehabilitation Fund and Agricultural facility Fund scattered in different banks like UDB – Uganda Development Bank etc in addition, many of the Banks in Uganda are foreign banks and charge high interests to our farmers hence our farmers getting scared due to high production costs. The foreigner bankers instead dictate the price.

According to close sources Magufuri is the National Chief Coordinator of Transformer Cadres Association Uganda an Association that unites all NRM MP contenders who Lost in 2020 primary elections to some extent due to party weakness, which allowed every body to vote without checking registers away from the President’s order who doubles as Chairman NRM.

While receiving commitments from IGG Betty Kamya recently, the Speaker of Parliament Jacob Oulanyah acknowledged that the country has a corrupt society and emphasized the need for the IGG to utilize the law to weed out the vice in the different institutions for effective service delivery and accountability.

Stop looking at statistics and deal with the real issue which is giving Ugandans hope by doing things that help them to recover from what they have faced due to corruption. The IGG is the engine for moral rebranding of our country and you have my full support,” Oulanyah said.

Reports by the Auditor General’s office state that corruption is getting worse, with more public funds being misappropriated in increasingly sophisticated ways. In its Corruption Perceptions Index, Transparency International (2019) ranks Uganda among the most corrupt countries in the world (137th out of 180).