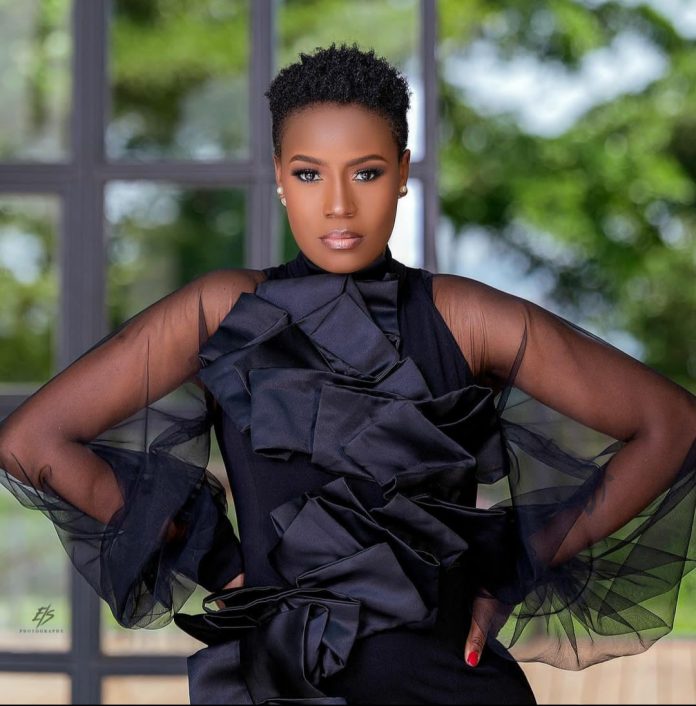 After conceiving, Juliana went off the scene and went off into hiding. She  flew out of the country. For the longest period of time during the lockdown, she remained untraceable even when snoops tried to locate her. Since there was Covid-19 lockdown, it helped her a bit in the hiding but still,  somehow snoops tipped the media off that she was expecting.

However much everyone failed to trace the country where she was taking cover., Atleast netizens knew that Juliana was to become a mother. Soon enough, she was holding a bouncing baby boy in her arms. She was  wry enthusiastic upon her safe delivery and she shared a few pictures of the experience, keeping her fans in suspense about the father of the child.

In an interview with MC Ibrah K Mukasa, Juliana revealed that she gave birth in Canada. She then revealed a hint that left many in anticipation of full details. Now Netizens want the TEA. She gave a hint that her sister, Laura chose the name Taj because she wanted a unique muslim name, meaning Taj’s dad is a Muslim.

Now netizens are looking into the list of Muslim men that Juliana has been with inorder to locate Taj’s father. Juliana has history with Muslim champion Kassim Ouma  and there is  also Intel that  she dated Proline FC boss, Mujib Kasule. Now Ouma was ruled out and every gun is pointing at Mujib. Could he be the mystery father?