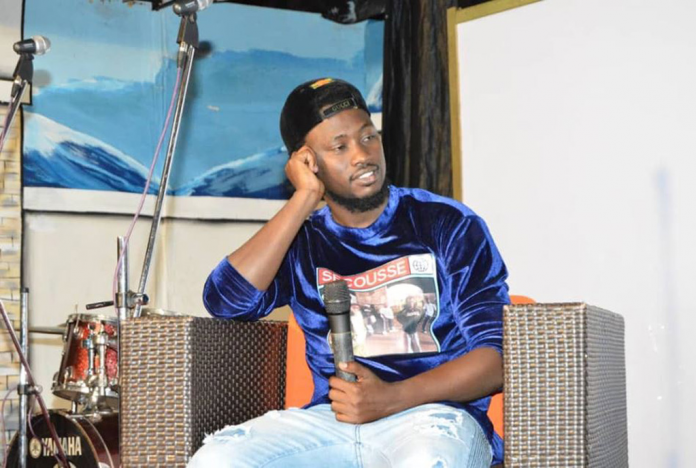 Gospel singer Sam Lucas Lubyogo better known as Levixone has come out to reveal that his family chased him from his home for getting himself baptized twice. The Chikibombe singer while appearing on NBS TV said that he went back home rejoicing after getting baptized for the second time. However, his parents punished him. This forced him to run away from home to the streets.

Levixone further said that the situation was not any pleasing on the streets. He did all kinds of odd jobs such as laying bricks, roasting maize among others. This all happened after he had developed some bad habits which made his family give up on him. Levixone also revealed that he one day stole food from a charcoal stove and ran away with it. This earned him a mob beating that made him quit stealing. “My life has been about hustle. I’ve done every kind of job in Cosovo including roasting meat on the street, laying bricks, even stealing food. I escaped from home because of getting baptized the second time. I went back home celebrating and my parents punished me and I ran from home,” Levixone said.

He however decided to take a different path towards the gospel in his life. The singer then decided to dedicate his life to the Ministry of Christ. Levixone also said that a time is going to come when singing for Christ is the trend. This will see some musicians’ secular music not played on different media platforms.