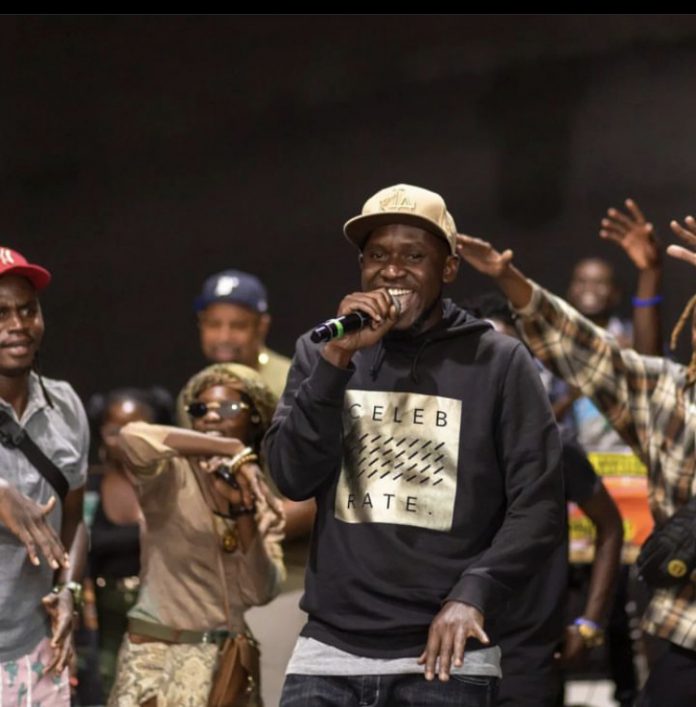 The highly-anticipated 11th Edition of the annual HiPipo Music Awards is upon returns on 18th November, 2022, at Kampala Serena Hotel to celebrate and award performing arts and culture at large.

HiPipo remains one of Uganda’s and indeed Africa’s most dynamic organisations, a brand whose innovations and initiatives are increasingly renowned for their positive impact on livelihoods and communities.

For Uganda`s Hip-hop, unlike many Ugandan awards that tend to side-line and marginalize the genre, the organizers saw it highly important to situate and stow rapper St Nellysade`s “End Of The Weak” live performance at the awards.

Nellysade alongside rappers like female MC Tushi Nabakyala, Vics De Luga Phoenix and Tarley shall be doing a live Cypher that will be warming up rap fans across the Country for the new season of “End of the Weak MC challenge 2023”.

End of Weak Championships, is a global hip hop movement and competition, where, alongside other hip hop artistes, St Nellysade is responsible to find a champion to represent Uganda at the grand finale every year.

“We had a break, caused by Covid 19, next year if everything goes well we shall resume and hoping to take the Champion to the world finals either in London or New York.  Hipipo is our official partner right now”, St Nellysade informed this website.

“We keep refining and redefining our processes, and thus how we nominate, vote and select winners is continually fine-tuned. This is because we never forget that it is music fans/supporters’ right to make choice of and nominate, the proverbial crème de la crème. And so, here is your chance to nominate your best acts and artists for the 11th HiPipo Music Awards,” Innocent Kawooya, the Awards CEO said.

“Our annual HiPipo Music Awards are recognised not just for the critical acclaim and prestige they bestow on their winners and nominees, but, as of now, their longevity as well”. Kawooya adds

“HiPipo is proud to keep going from strength-to-strength; we have learnt a lot over time, starting from the first awards event, which was an online virtual experience, held in May 2012”, Kawooya noted.