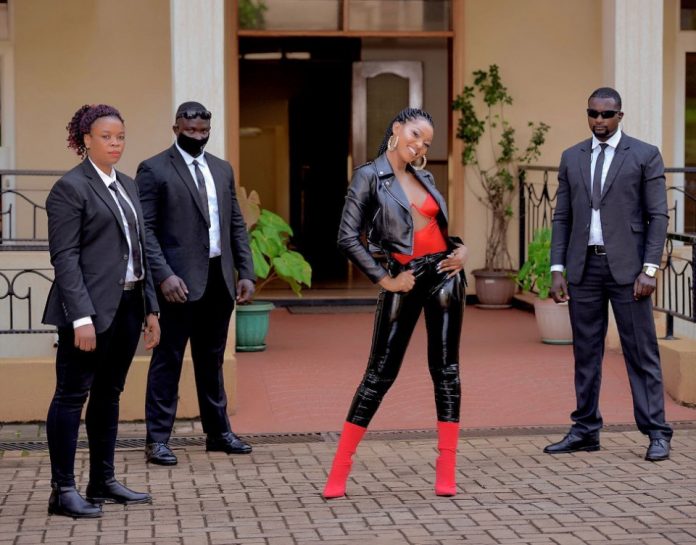 Alot of controversies and theories are still flying around about the death incident that happened at singer Spice Diana ‘s home in Makindye. Lots have been said but the final report will be availed by Police after thorough investigations. For now, it’s rumors that and myths that keep coming through. And it seems new details have emerged about this murder incident that involved a 27 year old Henry Nsamba.

NBS After 5 presenter DJ Mercy while appearing on the show narrated what he was told in regards to this incident. He revealed that there is a security guard at the singer’s home who works until a particular time. And when this guard leaves, the Onsanula singer’s bouncers then come in. It was this time Nsamba allegedly used to sneak into the house as the guard left. When the maid spotted him, she made an alarm which attracted other people in the house. Spice Diana meanwhile was awake in the house but in her room.

Nsamba on learning that he was trapped, ran to the bathroom and locked himself inside. Spice Diana’s manager Roger was then called and he in turn alerted the Police who came and picked Nsamba. Meanwhile all along Nsamba had a knife.

“I was told Spice Diana has a security guard who works up to a particular time. Then when he leaves, her bouncers come in, it was at this moment that Nsamba sneaked in but was seen by the maid who made an alarm. Spice Diana was also in the house but taking a nap in her room. When Nsamba saw that he had nothing to do, he ran to another room and locked himself inside. Spice Diana called her manager Roger who came through. They then called the patrol and finally got him. Meanwhile he had a knife,” DJ Mercy said.

He however didn’t reveal how Nsamba ended up being allegedly lynched by the mob outside the singer’s home. Or if indeed he was killed by the locals. Meanwhile, Spice Diana is still in Jinja where she has a series of concerts going on. This is despite Nsamba’s family demanding for he arrest in regards to this murder. Hopefully the Police will come up with a conclusive report.