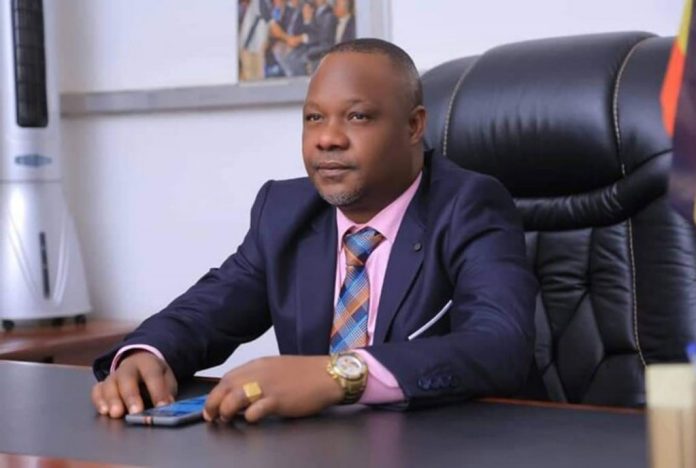 Lwasa, a renowned city Casanova, despite his dawning age, said that his new woman is the entire package he’s been looking for all these years while running after every skirt. It’s the reason he’s going to legalize his relationship with her next month. According to Lwasa, his new woman however doesn’t like being in the news. She, therefore, barred him from being around the press whenever with her.

Lwasa was asked how long he’s known this woman and he said he doesn’t know. However, even if he’s been with her for just a day, he wouldn’t fail to legalize their relationship. When they told him even his previous life Angel had forbidden him from the press, Lwasa refuted this. He said that Angel is more hungry for the camera than he is. The tycoon also bragged about his ‘game’ which is why most women love him. In his own words, Lwasa said that he’s got the money, love, and s3x. Therefore he can’t fail to get whatever woman he wants.

“This woman is all that I have been looking for and therefore I will be legalizing our relationship on the 29th of October. She however refused to be around the press. She’s not like Angel who is hungry for the camera. I don’t know for how long I have been dating her but I don’t care as she makes me complete. Besides, I have the money, love and good s3x. Therefore, there is no way any woman can reject me,” bragged Lwasa.

Well on the excellent s3x, it left social media users numb as none believed him especially due to his recent leaked adult tapes. Lwasa is someone who has dated some of the finest women in the land. The likes of Desire Luzinda, Diana Nabatanzi among others have been affiliated to Lwasa intimately. He’s however yet to settle down as it seems he hasn’t found what he’s looking for. Besides, he’s still married to the mother of his kids Faith, and his recent on-and-off wife.