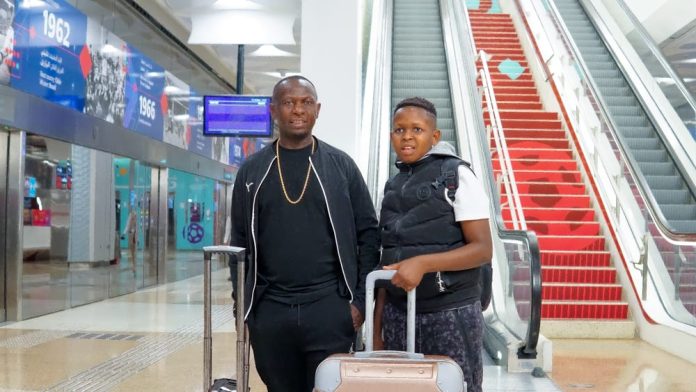 Behind every sportsman, there is an agent pulling the strings at the background for a better professional life off the field. These days, few established football agents are more recognizable than the players themselves.

In the spheres of football, an agent can be termed as a representative or an intermediary who handles the interests of a player or multiple players. An agent’s core responsibilities include: Negotiating contracts to achieve the best possible outcome for their clients as well as taking the full responsibility of improving his client’s welfare.

Why? Agents are professional individuals who represent the interest of a player, which includes negotiating professional and juicy contracts anywhere in the world, in other to achieve the best possible outcome for their client.

Today, against the greedy and selfish nature of football agents, this article will look at one of the most influential and powerful football agents in Uganda.

Popularly known as Bobkins, Kibirige is the man behind so many moves of Uganda footballers who play in various Countries around the world.

Bobkins Kibirge is the chief executive officer and proprietor of KIBO Media which is arguably one of the leading experiential companies that deal in the sports industry.

Those who know him see a man who is so full of determination to make a local footballer fulfil his potential and dreams of becoming an elite professional player by representing is business interests.

KIBO Media before it diverted it’s expertise to sports was one of the top three leading concert and events promotions brands that tussled it out with the likes of Balaam Marketing and Promotions Agency and KT Events having been the exclusive company that promoted Gudlyfe`s radio and weasel concerts from the “Bread and Butter” concert at steakout all through to other concerts of the duo like Obudde, Nymbula among others.

Bobkins however made a decision to venture his skills and efforts into sports and he once imitated to this website that it was a wise decision.

His agency is now one of the best that take the interest of their clients as a top priority, which includes professional guidance, mentorship, off-the-field financial planning, wealth and tax management, public relations, sponsorship, and endorsement procurement.

“Sports has structures and discipline, you can easily monitor your return to investment given the level of professionalism in the sub sector and I`m yet to see that in Uganda`s music/ creative sector”, Bobkins says.

Working as an intermediary really does comes with great skill, as such Bobkins Media got the skill to broker contract and secure endorsement for his clients. When talking about some of the renowned football agents in East Africa, Kibirige is certainly a name that comes to mind in the industry allegedly worth over $300m.

Among his reasons for choosing this path as an intermediary was because of his love for the game of football, as well as helping out footballers with viable connections. He is now representing Uganda at world Qatar alongside his son Moshen.