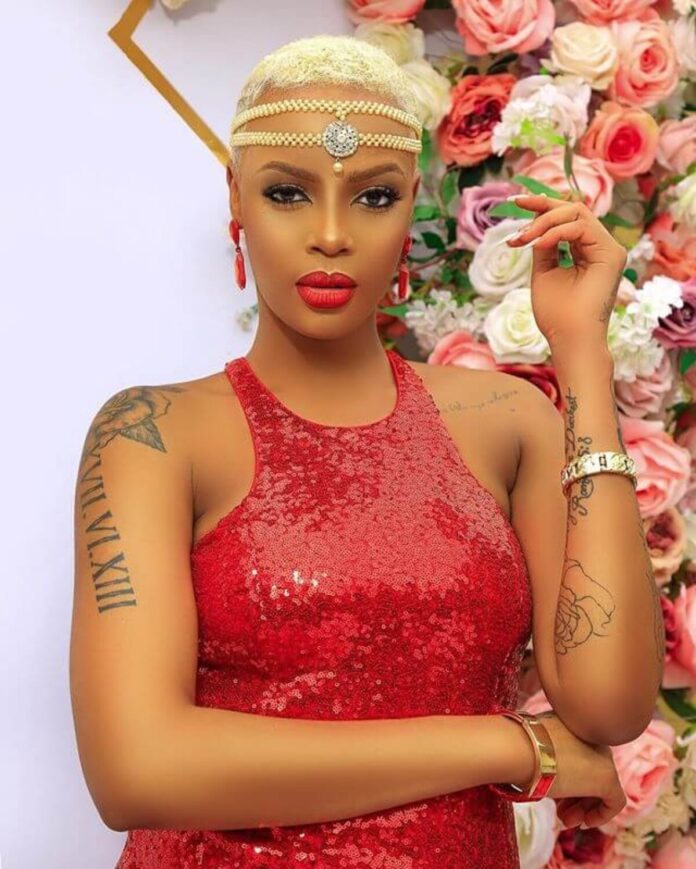 The name Nina Roz goes way back to 2017 when she made her debut mark in the Ugandan music scene. She rose through the ranks to become one of the most respected female artistes in the land. With hit songs like ‘Anainama’, ‘Kyoyoyo’, ‘Andele’, ‘BillBoard Kipande’, among others. Nina who is currently signed to Black Market Records has found her way to the hearts of most music fans around East Africa.

Nina Roz’s relationship status has always been hanging and the only man she ever got so attached to was singer and music producer Andrew Ojambo famously known as Daddy Andree in late 2020. Their relationship was however cut short barely a few months after their traditional marriage “mikolo.” Despite her flaws, her fans have never lost the love for her music, fashion sense, and carefree attitude.

Singer Nina Roz might be a successful musician with several songs under her belt, but she still has ambitions to attain a university degree. In a new interview, Nina Roz narrated that she dropped out of school during her second year while pursuing a bachelor’s in Business Administration at the International University Of East Africa (IUEA). “I’m waiting for the perfect time and I will enroll for a degree course at University,” she explained.

She added that her reasons for dropping out of University were unavoidable. Nina Roz too opened up about her struggles with drug addiction and alcohol abuse that took a toll on her life about two years ago. Nina Roz worked very hard to quit the habits before starting campaigns to help other musicians battling with the same problem. Everything worked out as she planned, and it seems she recovered.

While appearing on Galaxy FM, Nina Roz disclosed that she struggled to live a normal life after ditching the vice. The “Enyonta” singer said she now occasionally enjoys wine and champagne. “When I quit alcohol, I struggled with the urge to drink. Slowly, with the support of my friends, I stopped taking drugs and alcohol. I have not gone back to my old ways but I  now enjoy some champagne and wine,” Nina Roz narrated her struggles with drugs and alcohol.

Nina Roz was seen galloping Wine while at the Kansanga based radio station the same day she made the remarks. Nina Rose said that: It’s a blend of fear, bad influence and relations but it is very inspiring how I got over it and how I come out and tell my story isn’t like I want anyone to feel compassion for me. I still say, however, that you don’t need to rely on anything in life. She added: for about a year I used them.

We love her just as much and we celebrate her today as our Woman Crush Wednesday!