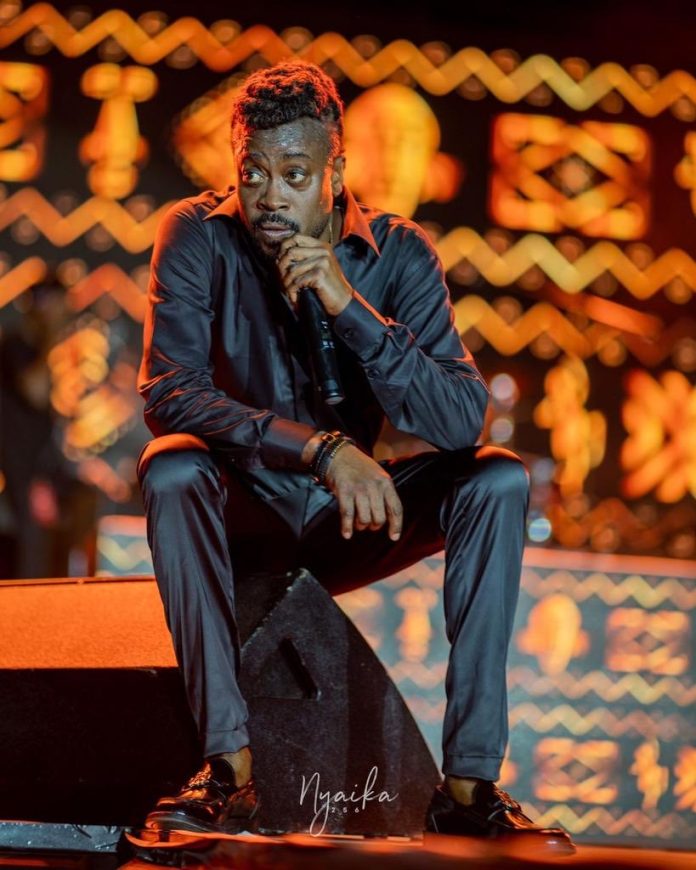 Jamaican dancehall artiste Beenie Man show that was held at Lugogo Cricket Oval last night was such a successful FLOP. The show or rather the “flop show” held in the large Cricket Oval was another loss. Almost all seats remained unoccupied as just a handful of people came to the show.

Beenie Man will live to remember November 2022 as the day a fatal blow was struck to his musical pride. The flop which was entirely expected despite him (Beenie Man) being a good singer, with hits like ‘Rum & Redbull’, ‘King Of The Dancehall’ and ‘Girls Dem Sugar’ that have enjoyed massive airplay in the country over the years.

Critics have blamed the flop to mediocre advertising by the promoters who definitely tried to minimize costs. The show staged on the same weekend with Eddy Kenzo Festival , by Eddy Kenzo, is another reason, he definitely made such a huge loss.

The ‘Feel It Boy’ flop will Saturday evening return for another performance at Club Guvnor, but this time expected to get numbers as the venue is way too “small” and already has its loyal attendees on such a Saturday night.

Back to his Cricket Oval Concert, the Jamaican performed to almost only chairs and some sympathetic ushers who sat in the VIP section, while the almost teary eyed Beenie Man sung.

In this same concert, Nigerian singer Oxlade was expected to perform but he couldn’t because ‘the promoter refused to meet contract obligations’.

The “Want You” hit singer took to his Twitter account and called out Top Boy Entertainment Records for being amateurish event organizers but rather promised to perform for Ugandans any time soon.

“Promoters need to learn to do the right thing when booking artists. You invite an artist to come to perform at your event, you were given a booking agreement which you duly signed. Then you refused to honor your own part of the contract and refuse to pay me as at when due,” he said in a statement issued Saturday afternoon.

“Michael of Top Boy Entertainment UG you owe Ugandan people an explanation as to why I did not perform last night! I would love to go into details of what happened.”

Nigerian Star Skales to perform Live at JAMESON & FRIENDS, this Sunday at Motiv