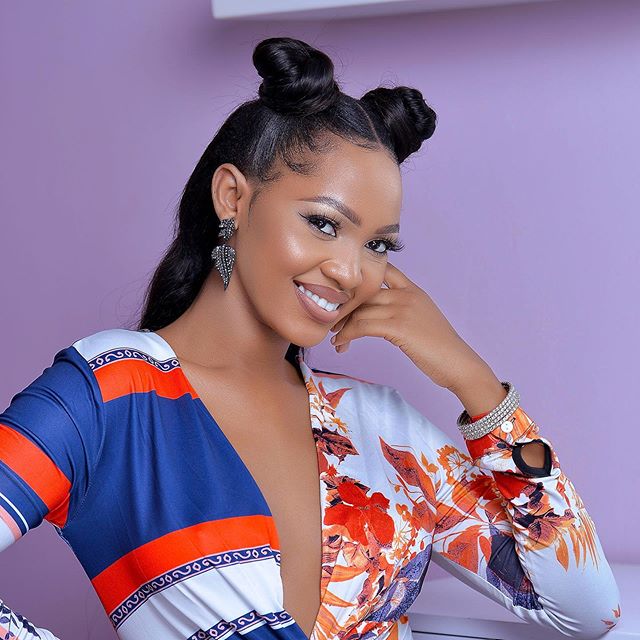 murder case in which local singer Hajarah Namukwaya alias Spice Diana was implicated a few weeks ago seems to have resurfaced again. The family of the late Henry Nsamba’s have apparently found new evidence and are willing to wield it in search of justice. Three of Nsamba’s siblings went back to check on how far the police has gone with the investigations. They were however disappointed to be told that the Police is only going to collect evidence. One of the siblings, Ketrah, said that they are so disappointed with how investigations are moving.

She further said that it’s annoying to see all the culprits moving around freely. According to her, she took time to examine the deceased’s body. It had only cuts and broken legs. She also added that they went to the alleged murder scene shortly after the murder. They were however also disappointed to find nothing showing that it was a mob justice death. Ketrah also said that she has evidence showing that Spice Diana knows about the death of her brother. This was given to her by Dembe FM presenter Jacob Omutuzze. Further, Ketrah also said that the singer planned to send mediators to negotiate with the family.

“We are so disappointed with how investigations are going with Police. We had gone to check how far these had gone but we are so disappointed. Almost a month and all they say is they are still collecting data. Can you imagine after the death we went to the scene but not even a brick was there to prove the mob justice claims. I took the bravery and checked my brother’s body and he only had a wound on the head, arm and broken legs. I also have evidence of a voice note sent to me by DJ Jacob Omutuze. Jacob said that he had seen my brother and Spice together during his campaigns. He also said that Spice showed him footage of my brother in her house prior to his death. At the burial, one of her friends also said that she wanted to speak with us. I wonder what there is to speak about our dead brother. Justice must prevail by all means,” Ketrah said.

Another sibling of the deceased advised the singer to tighten her security. This is because they are going to dig up the corpse and take it to her place for her to eat it.