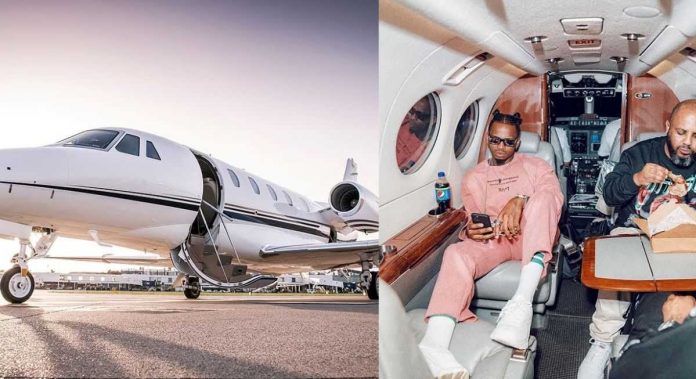 Tanzanian musician Diamond Platnumz says he has acquired a private jet months after he talked about buying one. Diamond, born Juma Naseeb, made the announcement in an interview with DW TV. The Bongo Flava star also claimed he is forced to purchase expensive property so he can be ‘taken seriously’.

“Sometimes for someone like me who came from the streets, when you buy a car worth like $1,000,000 (Sh120 million). What for? You have to do that, if not they will never value you, someone else will look like he is the real deal and you are not. In fact, I have just bought a private jet,” he disclosed.

The news was also made public on Tanzania’s Wasafi FM, a media house he co-owns. The reports were also ‘confirmed’ by Baba Levo, born Revokatus Chipando, a Tanzanian musician and close friend of the song bird who also works as a presenter at Wasafi FM. “I had vowed here that Diamond would but an aeroplane before August,” said Baba Levo. “You thought I was lying. When Diamond wants to do something, he does it in a big way.” It is estimated that the new jet is worth Sh450 million but the Naanzaje hit maker is yet to share images of it. Diamond also owns an expensive fleet of cars and houses.

The seven cars reportedly under his name include 2021 Rolls-Royce Cullinan, BMW X6, Cadillac Escalade Black Edition, Cadillac Escalade Sky Captain Edition, Toyota Land cruiser V8 and Toyota Land cruiser TX. His 2021 Rolls-Royce is said to have cost around Sh79 million. He is considered the most popular and richest musician in Africa and is never shy away to floss. Last month reports emerged from Tanzania that the Jeje hitmaker had purchased an island in Zanzibar at Sh92 million and was planning to build a exquisite hotel.