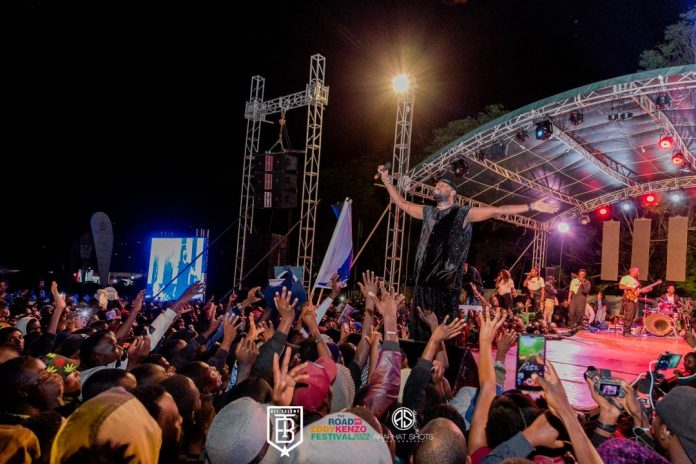 Ahead of his Music Festival slated for 12th November 2022 at Kololo Independence Grounds, singer Eddy Kenzo has been traversing different parts of this country with a streak of shows dubbed the “Road to Eddy Kenzo Festival 2022”.

Notable to note was last weekend’s show held at University Inn in Mbarara on Saturday. The show trail that kickstarted with a press conference on Friday once again proved Eddy Kenzo as a true big dog in the Ugandan music industry. He filled the University Inn venue to maximum capacity with fans love.

He served his fans with a superb live performance that left them yearning for more. Being the performer that he is, Kenzo coupled his performance with dances and dancers that kept joining him on stage to jointly entertain the audience!

Prior to Mbarara, the “Road to Eddy Kenzo Festival” tours have been to Sembabule, Kiboga, Soroti, Bundibugyo, Bwera, Kasese, Fort Portal, Masaka, Ibanda among other areas and just like Mbarara, they all registered success.

The BET award winner was initially set to hold this music Festival in 2020, to his dismay, the Covid-19 pandemic struck, a happening that saw all public gatherings halted for close to 2 years not until January 2022. Following the full re-opening of the economy and entertainment world, Eddy Kenzo announced the Return of his Music Festival and he is set to perform for his fans on November 12th.