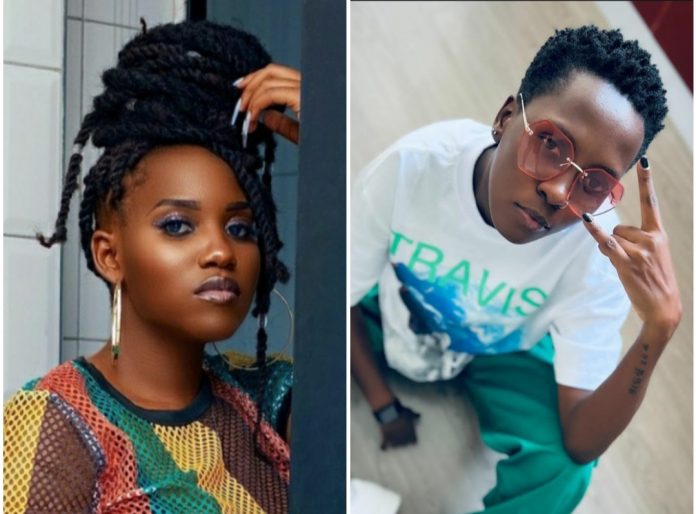 Social media users and the public have been left shocked after upcoming singer Martha Mukisa stated that Swangz Avenue’s Azawi aka Priscilla Zawedde was once her back up singer.

“Azawi was once my backup singer a few years ago. I’m glad that her career has turned out to be so great. And wish her all the best ahead,” said Martha Mukisa.

If this is to go by, it is indeed interesting how tables turn and things quickly take U-turns. Mukisa who only broke out about a year and a half ago is yet to cement her name on the local industry. She barely has many hit songs and these can be counted on finger tips. It was even Kenzo who gave her a platform to break out in their Sango collabo. Azawi meanwhile broke out in early 2020 and since then she’s never looked back.

She’s released hit after hit and has cemented her name as one of the best local singers. Actually not only local but one of the promising singers on the African Continent. She’s gone ahead to collaborate with the likes of Nigerian famous DJ Neptunes, appear on the New York Times Square Billboard plus winning a couple of awards and nominations. She also recently had one of the best selling concerts in the country at Lugogo Cricket Oval. Azawi is already clearly a fan favorite unlike her ex ‘boss’, Martha Mukisa who still has a long way to go.