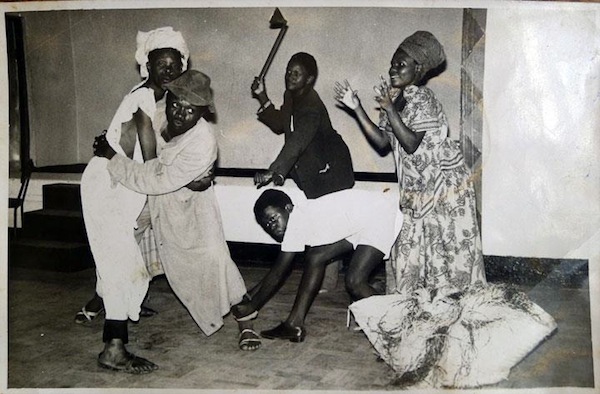 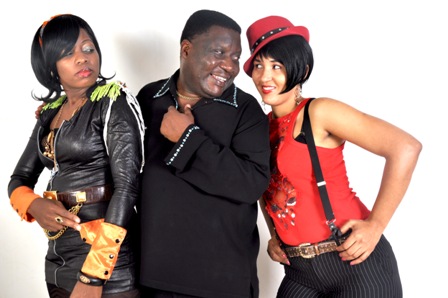 I was too young to understand why my mom and all the other ladies in the neighborhood were so excited about Ekigenya Agenya on TV, but there is no disputing the fact that even at that age I enjoyed that show, for I still have some vague images of that cantankerous woman and the funny-faced Senkubuge. That show was acted out by the talents at Bakayimbira Dramactors. These guys are the quintessence of Ugandan motion picture. They did not try to add special effects of angels and dragons and ghosts, as I’ve seen in other horrible local films. They stayed original. No need to exaggerate. The Bakayimbira Dramactors have been around for almost four decades. Their home, which they unfortunately lost in 2007, was Pride Theater along Namirembe Rd. The Bakayimbira Dramactors set the stage for the birth of theater and stage as we know it now. One of the group’s members is Charles James Senkubuge, who was the brain behind the Bakayimbira Dramactors and its playwright for many years until he retired at 50. He is no doubt one of Uganda’s acting icons, having brought the art out of the darkness and onto the stage.

Once upon a time, there lived a group of spiritually steadfast youths who loved to perform songs before the church in praise of the lord. Their leader, Jimmy Katumba, collected up the group one by one, and together they called themselves the Light Bearers…ay, let your light shine before men, right? But then the church beginnings became so monotonous. Not very many church goers even showed up. The group had to be owned by the church, which would make arrangements for them. Then, Jimmy Katumba’s brilliant mind had a dream. A bigger dream than just singing before a group of loving moms and dads and grandpas and grandmas. Jimmy Katumba knew that he could act. And so could his colleagues. And thus, together, the youths began thinking about theater. Some of these youths, apart from Katumba, included Harriet Nalubwama, known best by her stage name of Nakawunde in That’s Life Mwatu, and Sam Bagenda. By 1990, the group was called The Ebonies, but were without Katumba, who had left the group citing internal struggles. The group was now headed by John Katende. The Ebonies have been on stage since, and they own the Theater La Bonita in Kampala. Although they’re a little more than a feeble memory today, these guys were once the country’s top celebrities, no, the country’s first real celebrities. After all they filmed That’s Life Mwatu in South Africa and in the eyes of a Ugandan that is a fantastic fact.

Everyone knows that act depicting Queen Elizabeth II’s 2007 Commonwealth visit to Uganda, played out by Amooti’s Group the Amarula Family. The Queen had to camp in one of the hotels in the city, and she had to endure the nightmare of dilapidated doors and long lines of small bugs on the ground, and of course bedbugs! Whereas of course this wasn’t a proud depiction of Uganda’s state, the act was welcomed, and so Amooti came to be known. That man maintained that comic representation of himself down the years, and his Amarula Family was one of those things don’t scroll over when you’re looking for programs to watch on TV. Amooti has been the Mr. Bean of Uganda for all this time, though not for silent comedy, of course Amooti can’t be silent. He has made cameo appearances in many artistes’ music videos just to improve their marketability (for example pastor Wilson Bugembe’s Komawo Eka). He has also attempted to make comedy filled music videos including the Me No Worry (Konshens) parody (owolubina).

A ticket for Amarula Family

The commonest attribute with all three heads of this drama trinity is their perfect imitation of just how life is in Uganda. The funny neighborhoods, quarrelsome neighbors and women in mizigo, the dusty roads among others. They prefer to depict these things rather than the rich hub of Ugandans living behind the high walls of Kololo and driving the latest German vehicles. However, groups like these are almost synonymous with internal strife and treachery, and more often than not these conflicts shatter them. That is why not very many have followed suit in this trend of theater acting, preferring to join productions and make films and TV series, like NTV’s Deception by Edris Segawa. Who will brave the storm and form another “dramactors”?