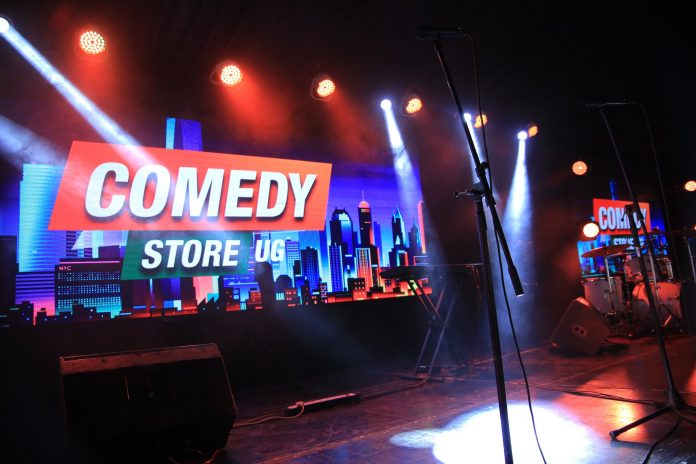 Comedy Store is moving back to its venue, UMA show grounds in Lugogo, where the live shows were recorded pre-Covid.
Kampala’s biggest weekly comedy-entertainment show is also changing the day for its live shows from Thursday to Wednesday.

Kenyan comedian, Eric Omondi, is among the entertainers lined up for the first edition in Lugogo next week on Wednesday at the UMA Multipurpose Hall. Ticket prices have not changed. Tickets go for 20k (Ordinary), 50k (VIP) and 400k (Table of four). When the night life was closed as a result of the Covid pandemic, Comedy Store resorted to recording with a limited audience of about 30, in order to continue producing content for TV and the online audience.

Initial episodes dubbed ‘Scientific Comedy Store’ were recorded at Nexus Lounge in Najjera. Due to the curfew, these recordings happened during the day. Later on, the taping was moved to Netstudios Africa, the Kitintale-based audio-visual
production company. In May of last year, Comedy Store moved to Levels Lounge in Kitante where it opened up Monday shows dubbed ‘Stress Clinic’. It was an initiative to relieve Kampalans (the limited live audience and TV audience) of pandemic blues and give them a reason to have a hearty laugh.

When the nightlife economy was reopened last month, the Monday nights at Levels Lounge became a staple for revelers and the turn up grew significantly. Some of the highlights include editions that featured Jose Chameleone, Bebe Cool as well as the most recent Valentine’s show.