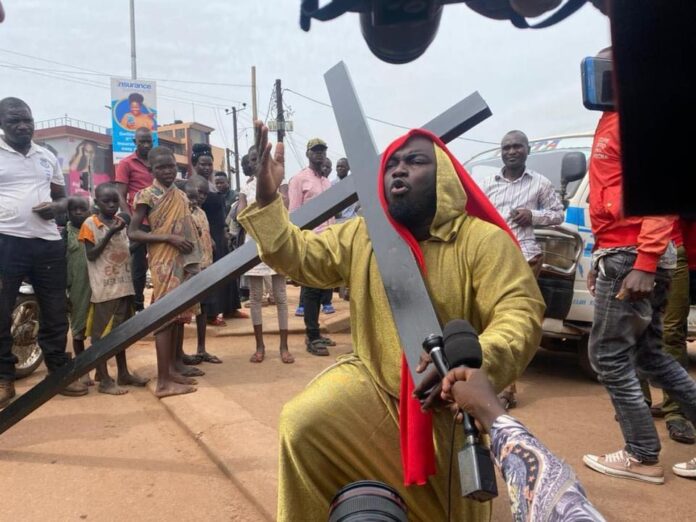 Self-proclaimed president of Gospel artistes in Uganda, Denis Lanek threw a tantrum on Tuesday to pull President Museveni’s attention ahead of the his address on Friday, begging him to open up the Music Industry.

Related
#REPORT: Ugandans are the happiest People in East Africa! 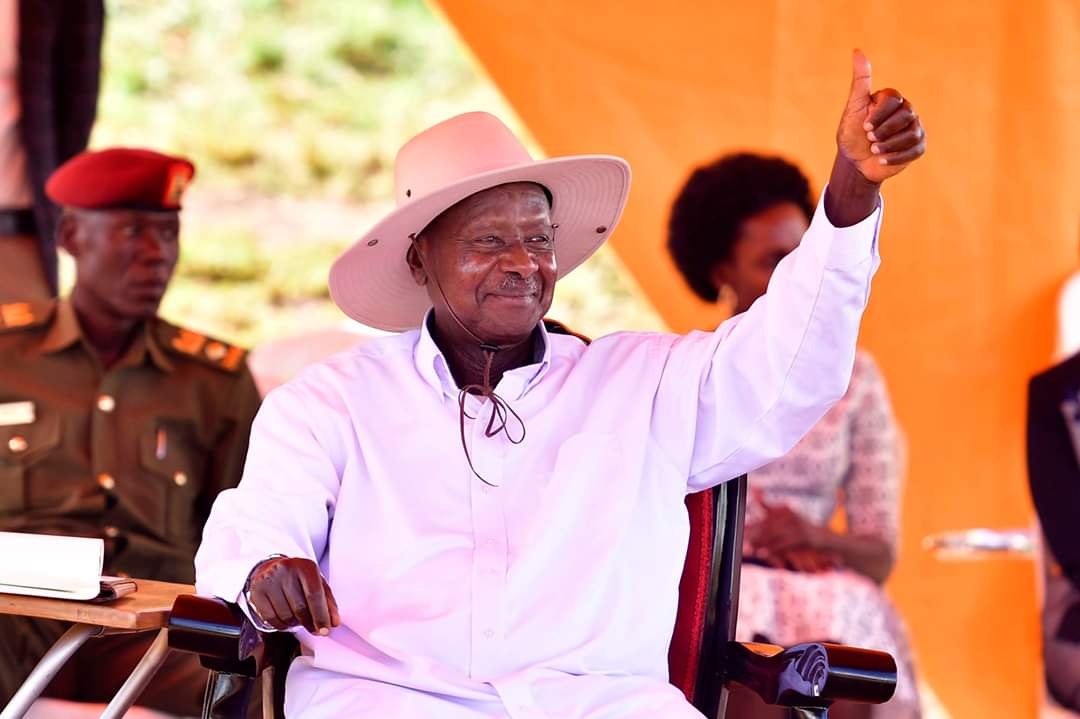 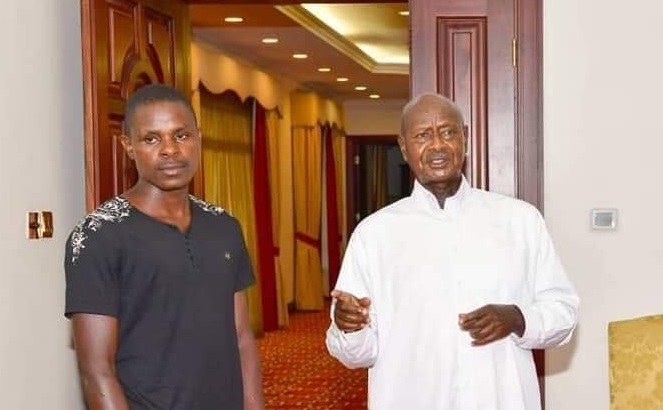 Lanek took to the streets dressed unconventionally putting on a rob that resembles that of Jesus (as depicted from the bible) while holding a very big holly cross acting what Catholics termed as “the way of the cross” while the press were taking footage of his antics.

His action takes us so many centuries ago where Roman Catholic believers  celebrated the Stations of the Cross, or Way of the Cross, usually the week before Easter. The Stations of the Cross refer both to a series of depictions of Christ’s journey from the court of Pontius Pilate to the tomb and to a short pilgrimage centered around these stations. This tradition is still in existence thus Laneck lampooning on it to make sure he gets as much attention as he can, especially to President Museveni.

President Museveni will address the nation on 31st December 2021 at 8 pm from his Rwakitura residence.
According to a tweet by renowned journalist Raymond Mujuni, President Museveni is expected to issue an opening-up address for parts of Uganda’s society that have been under lockdown for nearly two years including the entertainment industry where Laneck comes from.

The address is highly anticipated even as the country faces a resurgence of COVID-19 cases, including the latest Omicron variant, with the Ministry of Health having announced 1034 new combined cases yesterday.

Related
#REPORT: Ugandans are the happiest People in East Africa!