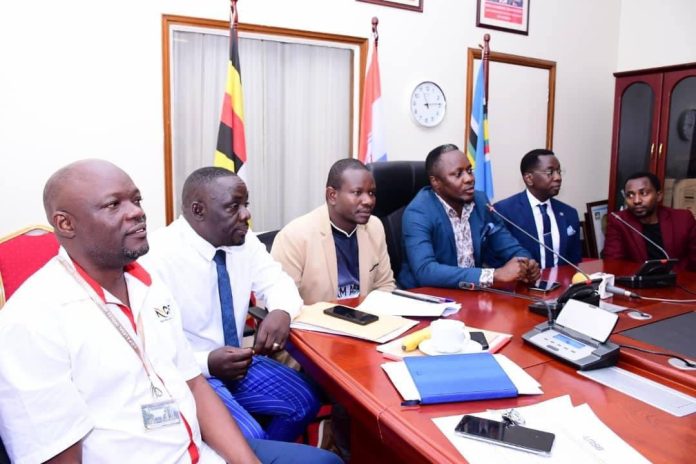 Music maestro turned legislator, Hon. Hillary Kiyaga (aka Dr. Hilderman) representing Mawokota North in Parliament defended proposals in his Private Members Bill to Amend the Copyright Act. This was at a meeting convened by the Uganda Law Reform Commission to harmonise the Government and Hon. Kiyaga’s positions on amending the Copyright Act.

In his opening remarks, Hon. Kiyaga noted he had initiated the Private Members Bill not for showbiz. Instead, he is a voice for thousands of artists that a bad law has affected by denying them opportunity to maximize royalty earnings. To redeem artist’s earnings from their works is a big enough reason for him to seek audience with President Museveni over the need to reform the Copyright law.

Key amongst the proposals debated is the need to regulate splits for revenues resulting from Caller Ring Back Tunes (CRBTs). A majority of artists were too weak to negotiate with the key beneficiaries of the revenue that include telecoms and aggregators. This is the only reason to explain the current exploitative rates that have kept artists in perpetual poverty and despair thus requiring a legislative approach to protect their interests to a fair and equitable remuneration.

The other royalty stream that is to be legislated upon is the private copy levy. This is to be imposed on gadgets used in copying copyright protected works. The Technical Working Group under Uganda Law Reform Commission is studying models for collection, management and distribution of the resulting royalties.

Other proposals for amendments cover the domestication of several treaties of the World Intellectual Property Organisation (WIPO) which Uganda ratified recently. There are also proposals to strengthen Collective Management Organisations (CMOs) to best serve the interests of artists and writers.